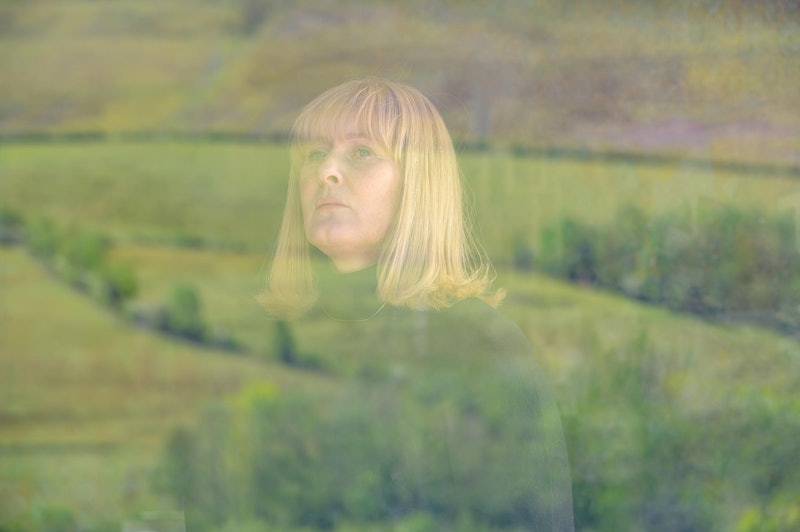 Channel 4's new drama The Accident is all about when tragedy strikes and people need answers about who's to blame. It's set in a fictional forgotten Welsh town called Glyngolau. Considering how believable the location and story is, it's easy to wonder where The Accident was filmed. Well, true to the place it's based in, the show was shot in Wales. In particular, according to Wales Online, it was filmed in Porth and Maerdy in the Rhondda Valleys.

As previously stated, the story is set in a fictional location in need of regeneration. A new project, set to breathe new life into the town, falls from grace after a tragic accident. Star of the show Sarah Lancashire, who plays Polly Bevan, spoke to Channel 4 about the chosen locations and their efficacy and importance in the show's narrative:

"Locations are interesting because they're often another character within the piece. This location determines how these people are with each other. Certainly this is a depressed location as well because there’s no work. They’ve never really recovered from the closures of the mines and industry moving away from The Valleys. But they’re determined to hang on in there. Who they are, what makes them Welsh within their community, is very apparent. I love that aspect of the piece. I adored working in that area, in Cardiff and The Valleys. It’s a wonderful place to work."

Writer Jack Thorne explained to Channel 4 that there were two reasons he decided to set the story in Wales. One was of his love of Welsh culture and his keenness to give Welsh actors an opportunity to get be in the show.

Speaking about the second reason, Thorne said, "I’m half Welsh ... so I’ve spend a lot of my life in and around Wales." He went on to explain the significance of the specific towns he chose:

"Those valley towns have been decimated by the industrial changes we have had in the last 30 years and there is no industry left. So I tried to think of an area where investment would be encouraged to a degree that would allow us to tell the story that we wanted to tell. There are of course lots of areas in the UK that could of worked for that but Wales felt somehow right and those valley towns are a) so beautiful and b) so economically deprived I thought it would be an interesting theme to explore."

The town's much-lauded and highly anticipated regeneration project is in full swing when a group of teenagers decide to break into the building site. An explosion occurs, leading to all but one of the teenagers tragically losing their lives. After the incident, the town is left in pieces and, as these pieces are picked up, questions begin to be asked. Why did this happen? How did this happen? And, most importantly, who is to blame?

As the story begins to unfold, relationships are frayed as it's revealed that in actual fact there may be several people to blame. That cost-saving measures, irresponsible building practices, and dangerous materials could have contributed to an altogether avoidable incident. And that responsibility for the horrific tragedy isn't as simple as pointing a finger at one person or organisation — the blame might lie in each rung of the ladder, all the way to the top.