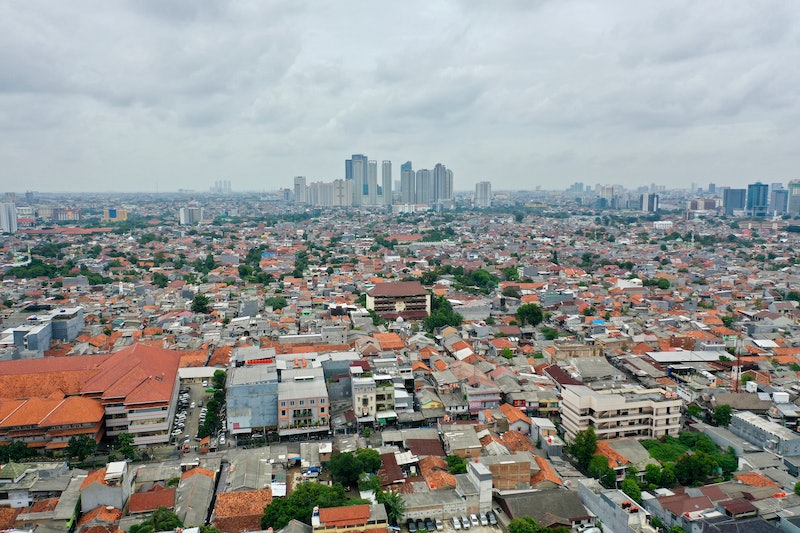 The capital of Indonesia is sinking rapidly, and the plan to remedy this issue will involve a big move. Indonesia's new capital city will be on the remote island of Borneo, according to an announcement made by President Joko Widodo. And though the president insists this move will be done as smoothly as possible, many conservationists are worried about the consequences, The Guardian reports.

According to The Guardian, Jakarta, the nation's current capital, is sinking beneath the sea level at a rate of 20 centimeters a year, one of the fastest rates in the world. The city also suffers from issues related to pollution and traffic, the publications reports. So in response to these issues, the government will relocate, Widodo explained, to the southwestern part of Borneo (which is shared with Malaysia and Brunei, as well).

Per The South China Morning Post via The Smithsonian, an Indonesian planning minister maintained that the relocation effort would be efficient and the construction of the new government headquarters would be as green as possible. “We will not disturb any existing protected forest, instead we will rehabilitate it,” he said.

Widodo also argued that the move was strategic, per The Guardian. He said in a televised speech, “[The new location is] in the centre of Indonesia and close to urban areas...The burden Jakarta is holding right now is too heavy as the centre of governance, business, finance, trade and services." But conservationists aren't so sure.

Some have argued that relocation is essentially a form of running away from problems, rather than addressing them. Elisa Sutanudjaja, director of the Rujak Centre for Urban Studies, told The Guardian in April, “You don’t solve a problem by just moving it away. Jakarta is quite similar to Tokyo in the 1960s, with its land subsidence, flooding, natural disasters and overcrowding. If you really want to solve the problem then they should tackle it, not just move it.”

Others have noted that Kalimantan, the area of Borneo where at least 1.5 million civil servants might relocate, is one of the last places on Earth to house endangered orangutans in their natural habitat, as CBS News notes.

In response, Widodo has argued that Borneo is, in so many words, the best option for relocation, because it has a lower risk of natural disasters compared to other Indonesian islands. Per CBS News, Widodo was referring to the islands of Java, Bali, Sulawesi, and Lombok, which have been impacted by tsunamis, earthquakes, and volcanic eruptions in recent history.

As Business Insider notes, the entirety of Jakarta is expected to be underwater by 2050. But the issues for the city aren't just long term projections: Business Insider notes that a number of natural disasters have been deadly in the city in recent years, including a flood in 2007 that killed over 80 people and destroyed approximately 70,000 homes.

As for those who already live in the soon-to-be capital, they're concerned about the imminent threat of deforestation and pollution. A high school student in Kalimantan told BBC, "All the land and forest that's empty space now will be used. Kalimantan is the lungs of the world, and I am worried we will lose the forest we have left."