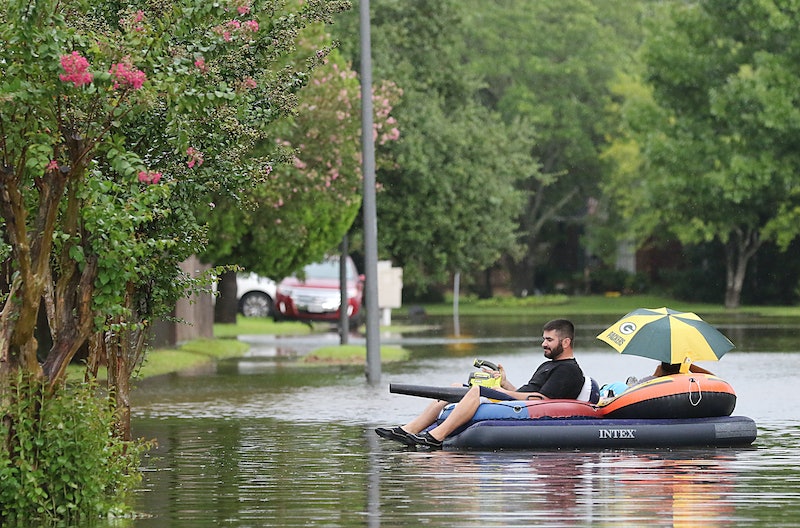 A tropical depression that formed Wednesday is quickly on its way to becoming Tropical Storm Nate, and it's expected to hit the Gulf Coast of the United States, and possibly Florida and Louisiana, as a full-blown hurricane by this weekend, the Miami Herald reported. Tropical Depression number 16 formed Wednesday morning in the western Caribbean Sea, according to the Weather Channel, and has been churning across the southern Caribbean, gaining momentum.

This is the 16th tropical depression of Atlantic hurricane season, according to the National Hurricane Center. The storm system is expected to bring heavy rain to parts of Central America and the Gulf Coast of the United States, the Weather Channel reported. Residents of western Cuba are also advised to monitor the progress of the storm. You can find a map of the storm's path at the National Hurricane Center's website.

Meteorologists are predicting that Nate will bring heavy winds and rain to Mexico's Yucatan Peninsula, particularly the cities of Cancún and Cozumel, by Friday. On Sunday, it's expected to make landfall in the northern Gulf Coast as either a tropical storm or, likely, a Category 1 hurricane. The cone of the storm is currently centered on the Florida Panhandle, the Sun Sentinel reported.

According to the National Hurricane Center, the storm is currently moving over warm waters and encountering light wind shear, which is a difference in wind speed, that could cause it to rapidly intensify. Winds could reach up to 85 mph in just three days, making it a Category 1 hurricane by the time it reaches the Gulf Coast on Saturday, the Miami Herald reported. While the storm's been gaining steam, forecasters are saying it's possible it could weaken as it crosses Central America and the Yucatan, due to land interaction.

Currently, according to the Weather Channel, the tropical depression is located about 55 miles west of San Andres Island, off the coast of Nicaragua, and is moving northwest at 5 to 10 mph. So far, tropical storm warnings have been issued for parts of the Caribbean coasts of Nicaragua and Honduras — from Sandy Bay Sirpi, Nicaragua, to Punta Castilla, Honduras. They can expect heavy winds and rain within the next 36 hours.

Experts predict the storm will track close to the northeast coasts of Honduras and Nicaragua through Thursday, and then head to the Yucatan Peninsula on Friday until possibly early Saturday. Weather Channel reports that the main impact of the storm will be "bands of locally heavy rain, elevated surf, and some stronger wind gusts."

These areas of locally heavy rain are expected to persist into the weekend from eastern Mexico into Guatemala, Honduras, El Salvador, Nicaragua, Costa Rica, and potentially parts of Panama. In parts of Nicaragua, rainfall totals are predicted to reach 30 inches, and in Costa Rica and Panama, rainfall could hit 20 inches, according to the National Hurricane Center.

Torrential rain in these areas could lead to flash flooding and mudslides, according to the Weather Channel, especially in the mountains of Central America. From Central America, Nate is expected to move north into the Gulf of Mexico and make landfall as a low-grade hurricane somewhere between Louisiana and Florida on Sunday. The Weather Channel stressed that it's still too early to predict exactly where the storm will hit or how intense it will be at the time of landfall.

If you're in the Gulf Coast area and need to brace for the storm, the Weather Channel says that Saturday is really your last day to prepare, as rainfall could begin and swells could arrive along the coast. The peak impact of the storm is expected to occur Sunday, somewhere from southeast Louisiana to Florida, with heavy rain spreading inland into parts of the Southeast. By Monday, the storm will be inland, with heavy rain and flood threats spreading into the Appalachian Mountains and other parts of the Carolinas. You can also monitor the storm's path using CNN's interactive storm tracker.