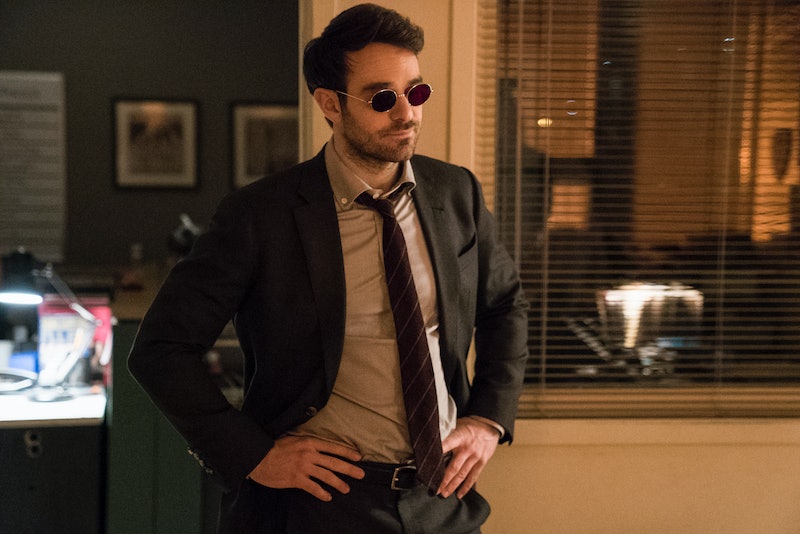 SPOILER WARNING FOR THE DEFENDERS SEASON 1. For several tense minutes of its season finale, it looked like The Defenders might actually kill off one of its main characters. Considering that each hero also has their own television series, it was unlikely to ever happen. But most of New York City believes that Matt Murdock actually died beneath the rubble of Midland Financial Circle. The Defenders is a comic book show, however, so the final scene of Season 1 showed that Daredevil was still alive. But where's Matt at the end of The Defenders?

After being presumed dead following an entire skyscraper falling onto him, Matt Murdock somehow ends up in what appears to be a convent. The final moments of the series show him beaten and bruised in a bed, covered in bandages. Next to him is a rosary and by the foot of his bed is a nun. The nun informs someone offscreen that they should retrieve a person named Maggie, and the season ends. It appears that Matt Murdock is healing in a convent – but it's not clear how he got there or why he's being taken care of. Matt has always been a man of faith, and it looks like Season 3 of Daredevil is going to explore that in a major way.

While the name or location of the convent isn't revealed, clues from the comics indicate that it could be attached to a specific church. The "Maggie" asked for is likely Margaret Murdock, Matt's estranged mother. In the comics, Daredevil visits his mother at the Clinton Mission Shelter so that she can help him take care of an infant child suspected of being the antichrist.

It's doubtful that Matt will be encountering the antichrist in Season 3, but then again, in the Defenders finale he fought a dark mystical entity inhabiting the body of his ninja ex-girlfriend whilst inside the ribcage of a dragon skeleton. Whatever has reunited Matt with his mother — whether it's the antichrist or just needing to get away from New York — expect Season 3 of Daredevil to lean heavily into exploring Matt's Catholic faith.