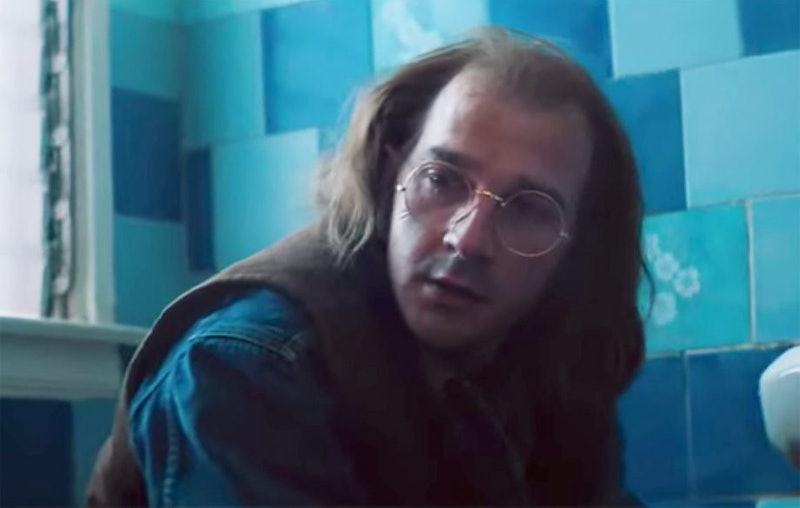 When a script is written partly in court-mandated rehab, odds are that the resulting work is going to be a rough ride. But Shia LaBeouf increased the intensity of Honey Boy, a story he based on his own traumatic childhood, by casting himself as his own allegedly abusive father. The film hits theaters on Nov. 8, inviting audiences into his personal story. But where's Shia LeBeouf's dad in real life, and how has the movie affected their relationship?

Radar Online claimed in August of this year that a private Facebook page the publication believed to belong to Jeffrey Craig LaBeouf placed him in a Costa Rican town called San Juan de Dios. It's unlikely Jeffrey will return to the United States any time soon, as he's wanted by California police for violating his registration requirements as a convicted sex offender in 2014 according to The Daily Mail, which also puts him in Costa Rica. (He served jail time for attempted rape of a minor in the early '80s.)

Jeffrey was also absent from his son's 2010 Las Vegas wedding to fellow actor Mia Goth. Both Goth and LaBeouf's mothers attended, though according to another Daily Mail piece, their fathers were able to watch the ceremony via Livestream. (Goth and LaBeouf filed for divorce last year, per People.)

While it seems as though Shia and Jeffrey are on good terms now, Honey Boy is a lightly fictionalized version of their father-son relationship, specifically during the time the latter starred on the Disney Channel sitcom Even Stevens. (An unnamed kids' show in Honey Boy.) Jeffrey is a three-tour Vietnam veteran who had struggled with heroin and alcohol use disorder. He'd separated from Shia's mother Shayna Said, per Esquire. Jeffrey and Shia lived near the studio in a seedy, $40-a-day motel. While Jeffrey was never charged with abusing his son, Shia maintains that he endured physical and mental abuse at his father's hands and that his father also supplied him with joints and cigarettes, per Variety.

Just as Otis (Noah Jupe, later Lucas Hedges) is in the movie, LaBeouf was the breadwinner in his family at that time. Still, there's some enduring respect. "My dad handed me a lot, and his legacy was an emotional one," he told Esquire. "And it wasn’t scarring. He handed me texture. My dad blessed me that way.” He seems to truly believe, for better and worse, that his father made him the actor he is today.

Shia hadn't been in contact with his father in seven years, but once he and director Alma Har'el felt the script for Honey Boy was ready, he personally brought a copy down to Costa Rica for Jeffrey to read, he told The Hollywood Reporter. "He didn't believe that I could pull it off," Shia said, adding that his father had since seen the film.

The reconciliation may have happened because of the film, which Shia described as "an exorcism" to Variety. Though, he was quick to add of their current connection, “It’s complicated still, like any relationship with a parent but we’re in a way better place, and he’s in a way better place."