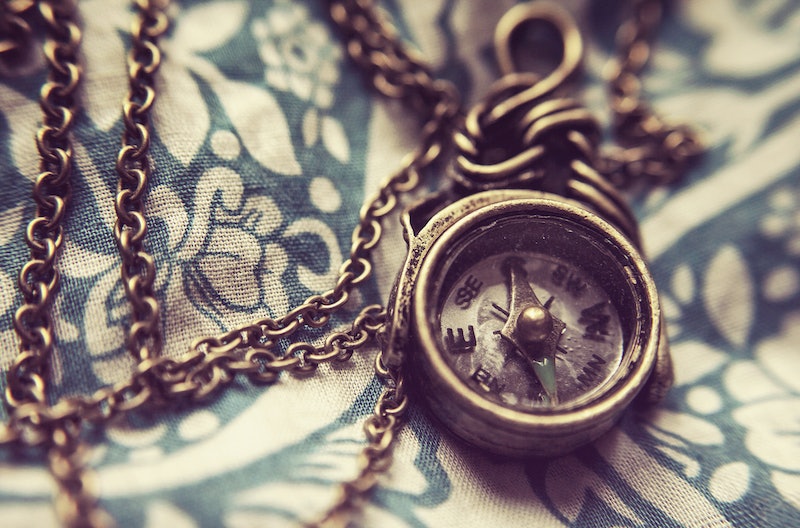 The election and the ensuing months have seen a surge in political activism — from the Women's March to "A Day Without A Woman" strike to Congressional representatives' phone lines ringing off the hook, it's safe to say many Americans are starting to demonstrate what it means to live in a democracy. For many of us who have been calling our representatives to express our opposition, it's been disheartening to see many of President Trump's policies be put into place with little to no resistance from Congress. For three Michigan natives, this disappointment in their elected representatives sparked an idea that turned into the Where's Your Moral Compass? project, a cheeky initiative that helps Congressional representatives locate their moral compass — both literally and figuratively.

The Where's Your Moral Compass? project aims to send 535 moral compasses to each member of Congress, along with a letter urging the intended recipient to work vigorously to uphold and defend the Constitution. Each compass has on it a QR code which, if scanned, directs representatives to the project's website, where they are presented with three asks. One, to investigate Trump's ties to foreign governments; two, to ensure the Trump campaign's ties to Russia are thoroughly investigated; and three, to make sure that America remains in the Paris Agreement. It costs $5 to sponsor a compass, which you can do so here. Or if you're crafty, you can also make your own. The project's website has step-by-step instructions on how to make a compass and a detailed spreadsheet covering where to mail them.

Julia Farber, one of the project's founders, got the idea to start this project after the first travel ban was signed. "Over the last several months, like many Americans, I’ve been watching Republican leadership in Congress fall over themselves to get in line with our President..." she says. "Meanwhile, Democratic leadership was staying silent." After Trump's first sweep of executive orders, Julia saw a friend post on Facebook, asking rhetorically where she could get moral compasses in bulk to send to Congress. "When I saw this question, a lightbulb went off," she says. Julia and the original poster, Kerry, joined forces with their other friend Nell, and started working on making this joke into a reality.

As a policymaker who used to work on Capitol Hill, Julia knew that sending bulky metal compasses to Congress likely wouldn't work, and that sending flat symbolic compasses instead would be a better solution. Since the project began on February 2nd, it's raised close to $2,000, and a few volunteers hand-delivered the compasses on International Women's Day.

Their clever idea has been met with lots of support — "When delivering the compasses, we were hoping to strike the appropriate level of levity and seriousness," Julia says. They achieved their intended response, with some staffers promising to share the compass and notes with their bosses.

While the compasses could be seen as disparaging or derisive, Julia explains that the motivation behind them is actually one of support: "We want to inspire [our representatives] to stand their ground," she insists. "We believe in them. They are the Members of our Congress, they speak on behalf of their constituents, and we want them to act like it. They provide an extremely important check on our checks and balances system, and they are giving away their power."

Julia continues, "We’re hoping that by sending in these compasses, we remind them that we really need them tap into that voice inside, and ask themselves, are they really adhering to their moral compass?"