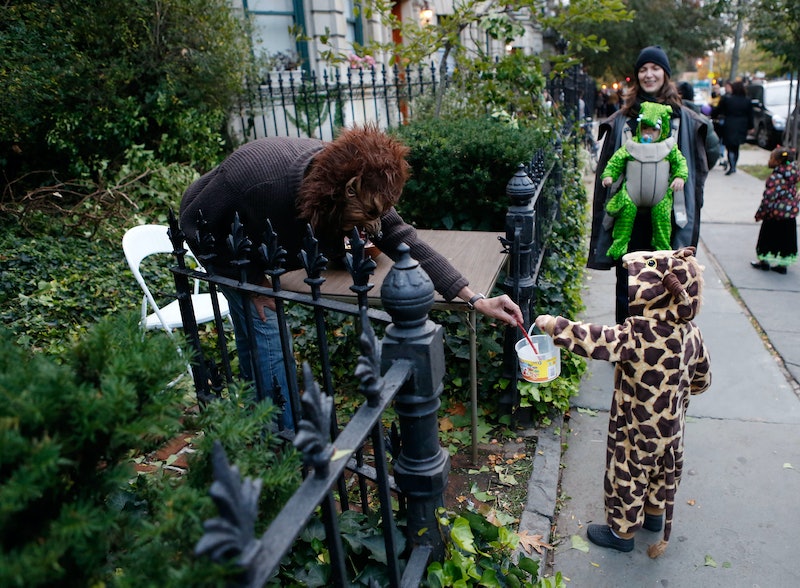 Consuming copious amounts of sugar is one of the hallmarks of Halloween. But for those with food allergies or dietary restrictions, partaking in the candy tradition can be marred by anxiety. So, for those amongst us who don't consume dairy, you might be wondered which Halloween candies are dairy-free? Your options are surprisingly diverse. Don't worry, you can still pull in a good haul, gorge yourself and then feel ill for the next 24 hours.

Trick-or-treating, or some variation of it, has been intertwined with Halloween essentially since its birth. Gaelic communities partook in Samhain, which translates to "end of summer," according to LiveScience. They believed that on the last day of the harvest season, spirits were able to return to earth. In attempt to appease grouchy, vengeful ghosts, Gaels would dress in disguises and leave food and drink outside the entrances of homes. This tradition slowly evolved overtime throughout Ireland, but the commercialized Halloween that we all know and love happened with Irish immigrants brought the remains of Samhain overseas.

Today, Halloween is a multi-billion a year industry. Americans spent over $1.2 billion on just candy in 2015, according to CNN. Which seems steep, until you realize that nearly 74 percent of Americans pass out candy each year to 41.2 million potential trick-or-treaters.