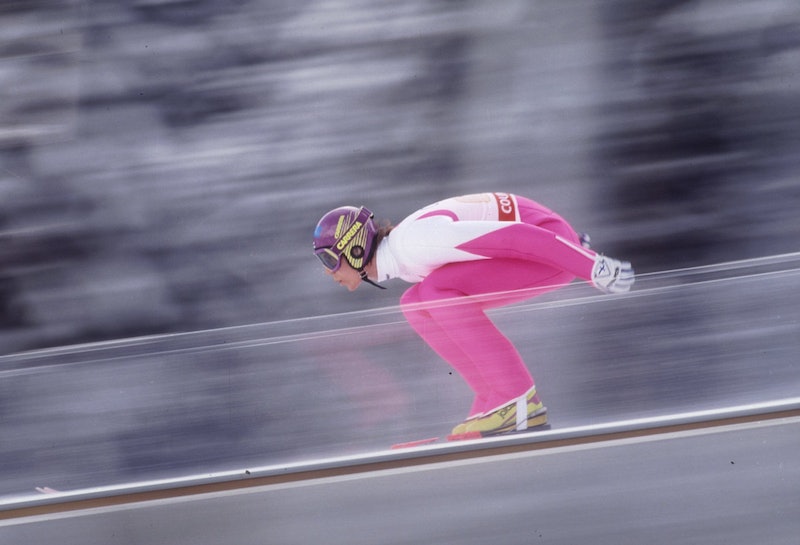 At the very first Winter Olympics in 1924, Switzerland took home the gold medal for "Military Patrol." The archaic sport has long been abandoned by the official Olympics organization, but the memory of it reminds us that the games have been with us for a good while now. How many Winter Olympics have there been, you ask? Well, the 2018 Winter Olympics in PyeongChang marks the 23rd such games of their kind.

Chamonix, France, hosted the first Winter Olympics in 1924, but there have been some interruptions in the four-year rotation of the games. Like their Summer Olympics counterpart, the Winter Olympics were not held during the years that saw the most intense fighting of World War II. Prior to the war, the games were hosted in 1936 by Garmisch-Partenkirchen, Germany. They would not resume again until 12 years later, at the 1948 Winter Olympics in St. Mortiz, Switzerland.

In the early 1990s, fans of all things winter-sports-related were treated to two Winter Olympics games in as many years. That's because the Olympic Committee decided to quit hosting both the Summer and Winter games during the same year, opting rather to rotate them every two years. So medals for figure skating, ski jumping, ice hockey, and all other Winter Olympics sports were awarded in 1992 in Albertville, France, and then again in 1994 in Lillehammer, Norway.

The missed games due to World War II and the bifurcated break between the events of 1992 and 1994 make the PyeongChang Winter Olympics the games' 23rd installment. Beijing will be hosting the 24th games in 2022.

And the Winter Games have changed quite a lot over the past 94 years. Back in 1924, athletes only competed in six sports: bobsleigh, curling, ice hockey, skiing, skating, and the aforementioned military patrol race. Military patrol competitors had to haul 53 lb. backpacks across 15.5 miles, demonstrate their rifle shooting abilities, and do so all while ascenting up the mountains to the tune of 4,000 ft. The sport didn't last long as an Olympic event.

Military patrol is hardly the only winter sport the Olympics nixed. All the way through the 1990s, host countries were permitted to include "demonstration sports," some of which went on to be incorporated as official Olympic events. Most of these colloquial demonstrations, however, never made the final cut.

Take, for instance, the sport of ski ballet. The event was part of the 1988 and 1992 games. Complete with jazzy costumes and accompanied by music, ski ballet competitors twirled, jumped, and attempted other dance moves, all whilst fully decked out on skis.

And while the sport has been cheerfully mocked for the better part of 30 years now, ski ballet was part of a wave of freestyle skiing events that debuted in Calgary, including moguls and aerials. The entrance of those new sports paved the way for one of today's most beloved competitions — the half-pipe. These are events are now considered staples of the Winter Games.

Besides the World Cup, the Olympics are unparalleled in their ability to draw a global audience. And while the Summer Olympics are generally considered the more popular of the two (far more countries compete in sports that don't require regular access to snow-covered mountains), the Winter Games appear to be catching up in popularity. According to CNN, about 3 billion people tuned in for the 2014 Winter Games in Sochi, Russia. That's not too far behind the estimated 3.5 billion who watched some part of the 2016 Summer Games in Rio De Janeiro, Brazil.

Give the enormous expense and manpower required to host the games, not to mention the massive investment required to reach Olympic-level athlete status, officials and competitors in PyeongChang are no doubt hoping the 23rd Winter Olympics will pull in just as many — or more — worldwide viewers.