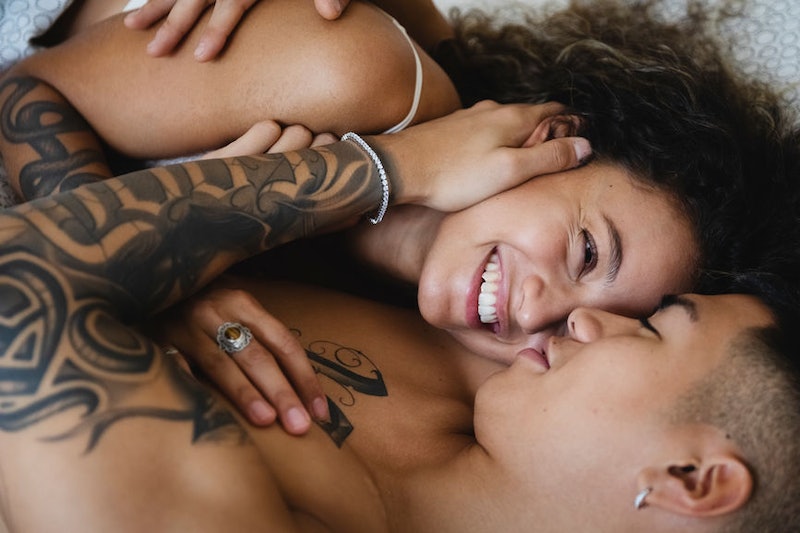 Revealing your favourite sex position can feel super personal. But when there's a strong foundation of trust it can also be one of the most fun conversations to have with a new partner. No two people are the same and exploring is fun. However, one study has revealed that a lot of us are actually into very similar things when it comes to action between the sheets. So which sex position does your city search for most? A study has been published just in time for Valentine's Day revealing the nation's favourite sex position along with the positions that are most searched for in each city. So, do you match up with what most people in your area are into or are you going against the crowd?

But the data went even further and split the most searched sex positions up by cities. Birmingham, Brighton, Manchester, and London all searched for missionary the most out of all other positions. The position that is often stereotyped as the tamest was also the favourite in Bristol, Cardiff, Leeds, and Newcastle. Doggy style was a more popular search in Belfast, Middlesbrough, Cheltenham, and Norwich. And people in Wigan, Bath, Dundee, and Blackpool searched for reverse cowgirl the most out of the position. While your favourite sex position is a deeply personal thing, this study would suggest there appears to be some consensus on the top three sex positions.

I have to admit after reading the study results, I was a little bit shocked. Somewhere along the way missionary started to seem a little bit tame to me, and not one to get the pulse racing. But now thinking about it, I have no idea why. It isn’t hard to see why so many people love missionary position. For one it is incredibly intimate. There aren’t many other ways you can be so close to someone. You have all of the chances to stare into you partners eyes, make out, and look up at them. There is something intensely passionate about it. It is also the perfect position to start to explore consensual submissive/dominant dynamics. Throw in some handcuffs, spanking, and choking and missionary doesn’t seem so vanilla anymore.

It looks like I'm not alone in saying that there is no shame in flying the flag for missionary sex. Like anything in the bedroom, if you are doing it right with everyone’s consent and communication then it's bound to be pretty great.