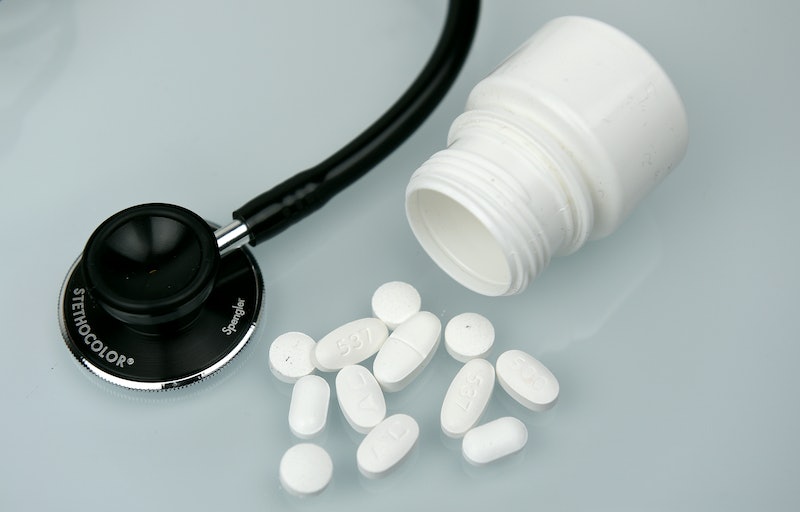 Health care has taken center stage in 2017. As congressional Republicans have repeatedly tried (and, so far, failed) to repeal and replace Obamacare, a good deal of time has been spent assessing the tenets of the American health care system. As you probably know, health care access, affordability, and coverage differs from state-to-state and, even with the current, federally-mandated protections provided by Obamacare. Sadly, some states are still regressive when it comes to the health care options with which they provide their residents.

The list below reflects a compilation of states with some of the most regressive health care options. In this case, "regressive" is pretty broadly defined and reflects states which are not satisfying the health care needs of their residents for a variety of reasons. Some states are on the list because they consistently place on the bottom of nationwide health care rankings that use a variety of indicators to determine health care quality and accessibility in each state. Other states are on the list because they are particularly regressive in key areas, like women's or children's health, and/or because health care costs within their borders are exceedingly high.

This list is not comprehensive, since there are many other states that could also earn a well-deserved spot among those with the most regressive health care in the country. Hopefully, it will serve to inspire you to take a closer look at health care services in their own state — and even advocate for reform.

The Magnolia State is one of the worst when it comes to health care provision for a variety of reasons. The state blocked plans to expand Medicaid under the Affordable Care Act, which would have provided Medicaid coverage to an additional 300,000 Mississippians.

Furthermore, according to a 2017 study on health system performance by the Commonwealth Fund, Mississippi has the worst health system of any state. The state was also ranked incredibly low on the Mental Health State of America rankings (44) and as the absolute worst state for women's health and well-being by the Institute of Women's Policy Research.

Most recently, Arkansas made the news because it is one of several states in the United States whose governor is considering cutting Medicaid by introducing strict eligibility requirements that would limit Medicaid recipients.

WalletHub ranked Louisiana the state with the worst health care in 2017. This ranking was based on three characteristics: health care costs, access, and outcomes. Notably, Louisiana fared particularly badly when it came to prevalence of disease and mortality, particularly heart disease, obesity, and infant mortality.

Moreover, Louisiana was also ranked 42nd on the Mental Health State of America rankings and, according to WDSU News, the state is anticipating further cuts to mental health services this year.

According to the Huffing Post, Alabama has the third highest insurance costs in the country. Many insurance plans in the southern state have high deductibles, high premiums, and high co-pays, rendering health insurance largely unaffordable for many Alabamans. Moreover, the state has opted not to expand Medicaid, leaving low-income individuals with few health coverage options. Alabama also has one of the highest rates of death from heart disease in the country and is consistently rated low on nationwide health and well-being rankings.

For example, in 2016 the state was ranked 44 on Gallup-Healthways State of American Well-Being ranking, which includes physical and financial health as two of five determinants of well-being.

Alaska's geography plays a significant role in limiting its residents' access to quality health care — and many residents face hours of travel in order to receive appropriate care. Furthermore, health care in Alaska is quite expensive. According to CNN, health care costs in the state are the fourth highest in the country.

Many insurers have exited the Alaska marketplace because, due to the state's sparse population, not enough healthy individuals are insured to offset the costs of insuring sick individuals, resulting in significant expenses for both insurance companies and individuals. As The Atlantic reported in 2016, Alaskans are more likely to be uninsured than individuals in much of the rest of the country.

Moreover, South Florida was recently deemed the "nation's capital of Medicare fraud," according to the Miami Herald. The paper reported that, "in Florida alone, the roughly 80 newly charged defendants were accused of submitting more than $140 million in fraudulent claims to Medicare and private insurance companies for home visits, managed care and prescription drugs that were either not necessary or provided," something that erodes trust in the medical community for patients seeking health care.

As the Las Vegas Review-Journal reported in 2016, Nevada sits at or near the bottom of many nationwide health care rankings. As the paper noted, Nevada "falls well below the national rates of medical doctors per 100,000 members of the population and doctors in patient care per 100,000 population." Nevada's geography also means that citizens in more rural areas have much more limited access to physicians, as a much wider variety of medical services are only available in the state's urban areas, like Las Vegas.

WalletHub also named the state the worst in the country for children's access to health care, as it has the highest number of uninsured children nationwide. Nevada's rapid population growth has likely contributed at least partly to the state's inability to meet its citizens' health care needs.

Finally, the state is also particularity egregious when it comes to women's reproductive health and rights. South Carolina has placed 14 restrictions on abortion (the maximum) and also has abysmal women's health outcomes. Indeed, according to Mother Jones, in 2015 the state's maternal mortality rate increased by nearly 300 percent.

Oklahoma also falls within the bottom 10 of several nationwide rankings on health care. For example, U.S. News and World Report ranked the state 48th, with particularly abysmal rankings for public health and health care access. WalletHub ranked the state 39 overall and 50 for the subcategory of "highest percentage of adults without a dental visit in the past year." The Huffington Post also reported last year that Oklahoma residents faced exceedingly high heath care premiums with very limited options for selecting insurers.

Furthermore, the state recently revealed that it is proposing plans to cut the budget of the Oklahoma Department of Mental Health and Substance Abuse Services. If these budget measures are enacted, "case management services for low-income mental health patients" would be almost completely eliminated, according to Enid News.

Overall, hopefully this list served to shed some insight into the many ways that some states still have incredibly regressive health care options and policies. Unfortunately, many places in the United States have a long way to go before they are fully meeting the health needs of their citizens.

More like this
19 Latinx Therapists & Mental Health Experts To Follow On Instagram
By Kaitlyn Wylde, Naydeline Mejia and Lexi Inks
Here’s Everything You Need To Know About Operation London Bridge
By Bustle UK
How To Watch The Queen's Funeral
By Bustle UK
These 2 Women Could Be America’s First Lesbian Governors
By Tess Garcia
Get Even More From Bustle — Sign Up For The Newsletter