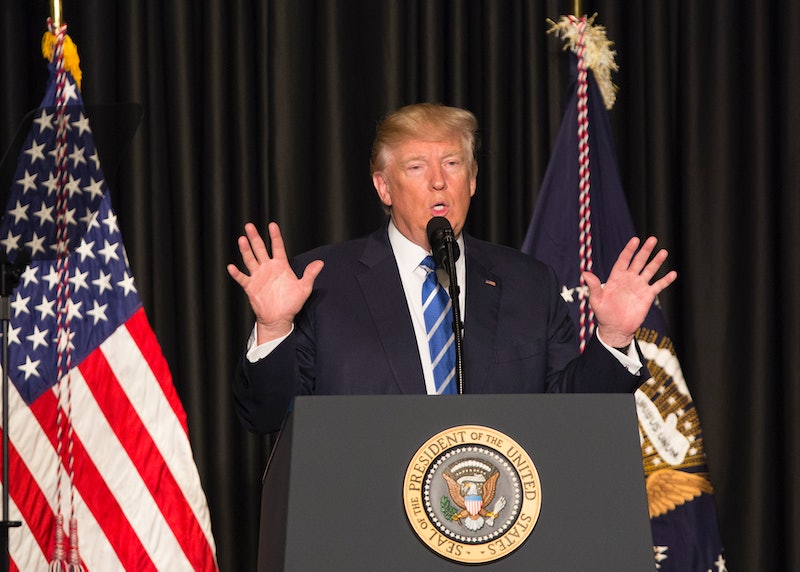 Of course it was inappropriate and wildly unprofessional that Donald Trump attacked Nordstrom on Twitter for failing to restock the lien of clothes by his daughter, Ivanka. That kind of bizarre behavior can make America an international laughingstock, to say nothing of the ethical implications of a president using his influence to pressure a company to do business with a family member. However, as foolish (and, frankly, predictable) as that tweet was, it's far from Trump's most egregious behavior since taking office. While it's important to critique any of the president's public statements, including tweets, the uproar over his Twitter has distracted from what may be the biggest failure of his presidency so far.

One of the most important functions of the executive branch is the president's role as commander-in-chief. Leading the United States military is a critical aspect of the presidency; Trump was elected without any foreign policy experience whatsoever. In November, Robert Gebelhoff at the Washington Post warned that Trump's unprecedented inexperience was "a true liability;" now, mere weeks into his presidency, that prediction already seems to have come true.

At the end of January, Trump authorized a raid in Yemen, reportedly intended to help gain intelligence about al-Qaeda. It ended the lives of a Navy Seal and a young American girl, among others. Trump reportedly approved the raid over dinner, according to the New York Times, without consulting with intelligence officials or military commanders.

The result? According to a senior military official who spoke with NBC News, "almost everything went wrong" during the raid. It culminated in a significant exchange of fire and civilian casualties. Qassim al-Rimi, reportedly a major target of the raid, was not killed — and, indeed, has since released a video taunting Trump. On Tuesday, Yemen withdrew permission for the United States to conduct ground missions on Yemeni soil. Even Republican Senator John McCain called the raid a "failure."

The "botched" raid, as CNN called it, was also the first time the United States put boots on the ground in Yemen. This raid marked a hugely significant departure from previous policy, yet according to the New York Times, the president did not seem to have thoroughly evaluated the risks. Reporters Eric Schmitt and David E. Sanger wrote:

But the mission’s casualties raise doubts about the months of detailed planning that went into the operation during the Obama administration and whether the right questions were raised before its approval. Typically, the president’s advisers lay out the risks, but Pentagon officials declined to characterize any discussions with Mr. Trump.

The New York Daily News reported that the raid was carried out "without sufficient intelligence, ground support or adequate backup preparations." These reports are particularly concerning amid other steps Trump has taken to decrease the clout of key apolitical figures. The Director of National Intelligence and the chairman of the Joint Chiefs of Staff (the nation's highest ranking intelligence and military officials, respectively) were both demoted from regularly attending the Principles Committee of the National Security Council earlier this month. Steve Bannon, his chief strategist, was, in contrast, designated a member.

CNBC quoted an anonymous senior White House official who said that Trump agreed to the raid after advisors told him that they "doubted the Obama administration would have been bold enough to try it."

If Trump can be persuaded to impulsively agree to a risky, dangerous operation — without consulting a sufficient number of intelligence experts — simply because it will make him look bolder than Obama, the American people should be deeply worried about what the president will actually do — not just tweet — next.