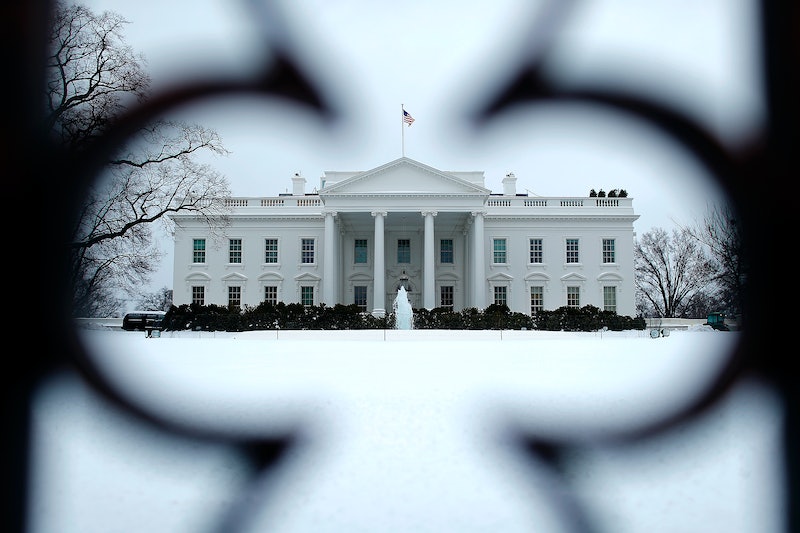 The impending departure of White House Chief of Staff John Kelly has reportedly caused other White House staffers to rethink their future at 1600 Pennsylvania Ave. But some staffers are apparently exploring more controversial exit strategies. According to an exclusive report in The New York Times, one White House aide pushed to reinstate an early retirement program so that he could take advantage of it after Kelly left.

White House Deputy Chief of Staff Zachary D. Fuentes reportedly wanted to "hide out" in an office for the first six months of 2019 in a building next door to the White House. Sources told The New York Times that Fuentes had hoped to remain on the White House payroll in a "nebulous" role just long enough to take advantage of a Coast Guard early retirement program that he'd reportedly sought to have reinstated.

But according to The New York Times, Fuentes' plan hit a kink earlier this week when a provision that would have reinstated the Coast Guard's early retirement program was pulled from House Bill 7316 after reporters began questioning Fuentes' alleged interference. Sources told the The New York Times that Department of Homeland Security officials had urged Congress to reinstate the program, which had lapsed at the end of September, after discussing the program with Fuentes. Bustle has reached out to the White House for comment.

Under the Coast Guard's early retirement program, partial retirement benefits could be granted to "a limited number" of eligible service members who've worked less than the 20 years of service required for standard retirement. But language to extend the program, which was reportedly implemented in 2013, was not included in a bill passed by Congress in November which reauthorized the U.S. Coast Guard.

According to the Hill, the military branch later requested an extension of the program be added to House Bill 7316, which seeks to make a series of technical corrections to the original bill. According to The New York Times, Fuentes will have served 15 years in the Coast Guard as of July 2019, thus making him ineligible for standard retirement.

Trump announced Kelly's forthcoming departure earlier this month, telling reporters outside the White House that his chief of staff would be "leaving" at the end of the year. "I don't know if I can say 'retiring,'" USA Today reported Trump said. Previous reports have noted that the White House expected Kelly to serve as White House chief of staff through Trump's 2020 re-election campaign.

But tensions between Kelly and the president reportedly continued to mount until the two were no longer on speaking terms, CNN reported. What's more, The Washington Post reported that there were forces within Trump's inner circle who had long been working to see the retired four-star Marine Corps general replaced as chief of staff — namely Kushner and Ivanka. Last Friday, Trump announced that budget director Mick Mulvaney would step in as "acting" White House chief of staff.

According to ProPublica, Fuentes currently serves as an assistant to the President as well as White House deputy chief of staff. With the provision to reinstate the Coast Guard's early retirement program pulled from legislation currently being considered by Congress, it's unclear how Fuentes plans to exit the White House now.