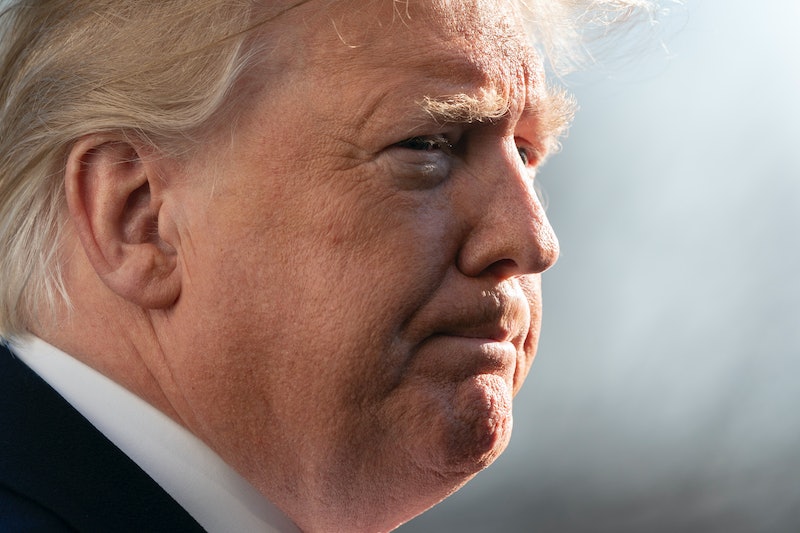 Talks on Sunday to reopen the government don't appear to have made much headway. President Trump continues to demand the $5.7 billion for his wall — which, if erected, would now be a "steel barrier" and not concrete. But that's not the only request from the administration for border security. NPR reports that the White House has added $4.2 billion for detention beds to the list of demands for border security beyond the wall.

Reports show dozens of migrants have died while in Customs and Border Protection (CBP) and Immigration and Customs Enforcement (ICE) custody in recent years. The cases of the two young children who died in December while in CBP care, and that of Roxsana Hernandez, a transgender migrant who died in ICE custody in May, have received the most attention in the media. Human rights and migrant advocates have denounced the practice and the conditions in detention centers.

The added funds would bring the number of detention beds to 52,000. That's an increase of about 11,000, according to NPR's John Burnett, who covers immigration for public radio. He reported on Twitter that the newest "border security ask" includes the "11,000 new detention beds." Bustle reached out to the White House for comment on the proposal, and whether or not this is a demand to reopen the government.

The expansion would be a big boon to the private prison companies that run many of the ICE facilities across the country. The Wall Street Journal reported in July that the administration's plans for extra detention beds could add significantly to their bottom line.

The largest two companies in the industry, Geo Group and CoreCivic, already receive about one-quarter of their revenue from ICE, as the average number of detained migrants each day has reached levels never before seen. The companies are big supporters of the president; each donated $250,000 to Trump's inaugural committee, The Journal reported.

The expansion would grow detention capacity by about 30 percent, according to The Journal. The annual expenditure would also rival wall spending that Democrats have denounced. Trump is currently asking for $5.7 to build his wall, and the money requested for detention is almost 74 percent of that figure — not to mention it is an ongoing cost.

How long the $4.2 billion would last was not immediately clear, but in earlier reports by The Journal, the administration was asking for $2.8 billion to cover such costs — just for the 2019 budget year.

On Sunday, Trump tweeted about the negotiations to reopen the government. "V.P. Mike Pence and group had a productive meeting with the Schumer/Pelosi representatives today," Trump posted. "Many details of Border Security were discussed. We are now planning a Steel Barrier rather than concrete. It is both stronger & less obtrusive. Good solution, and made in the U.S.A." The degree to which the $4.2 billion for detention plays into Trump's demands to reopen the government remains unclear. The Associated Press reported that the Democrats who met with Mike Pence on Sunday said the budget presented to reopen lacked detailed information.

Other budget lines reportedly added to the list of the border demands include $211 million for 750 new border agents, $563 million for 75 new immigration judges and support staff, and $800 million for "humanitarian services" at the border, including medical care.