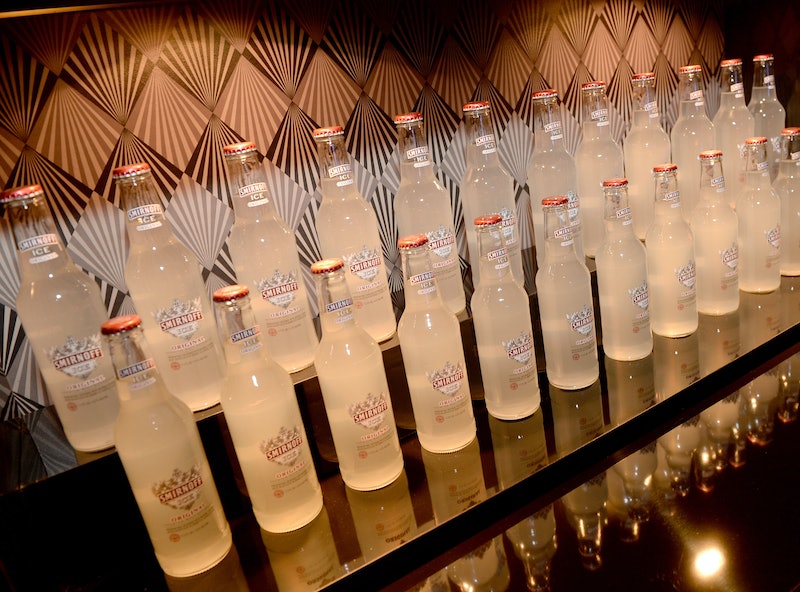 The Washington Post released an in-depth report on Friday about the Presidential Personal Office, the obscure but highly-influential government entity that's in charge of staffing other agencies. Although the article largely focuses on staffing shortages at the office, it also alleges that White House staffers "iced" each other during office "happy hours" — and that the White House is perfectly fine with this.

For the unfamiliar, icing is a practical joke that's long been popular on college campuses and gained notoriety around 2010, when the New York Times dubbed it "the nation’s biggest viral drinking game." Icing involves hiding a bottle of Smirnoff Ice and tricking a friend into touching the bottle, at which point the friend, if they abide by the rules of the game, is required to get on one knee and chug the entire bottle. If, for some reason, the friend in question already has a bottle of Smirnoff Ice on their person, they must drink both of them.

According to the Post, staffers of the Presidential Personal Office celebrated the the deputy director's 30th birthday by icing him during the office's "happy hours." When asked for comment on this by the Post, the White House confirmed that the officer's staffers had iced their boss, but stressed that both icing and happy hour events are not unique to the Presidential Personal Office, and that they allow for staffers to socialize and blow off steam.

Although it may seem like nothing more than an amusing anecdote, the story about icing does have some political relevance. According to the Post's report, staffers at the Presidential Personal Office are unusually young: Most employees at the office are in their 20s, the Post reports, and had no political experience prior to working on Donald Trump's presidential campaign. The Post also reports that senior officials in the office held regular happy hours in 2017, complete with booze and snacks for office employees and liaisons from other agencies. In general, the Post reports, the office was regarded as a "social hub."

In that context, the anecdote about icing helps illustrate the apparently laid-back, fun environment at the Presidential Personal Office. That's a stark contrast to many other reports about the executive branch, which depict a White House in perpetual chaos, with tensions running high and nary a fun moment to be found.

That said, the Post also reported that the Presidential Personal Office, which is tasked with recruiting, vetting and filling over 4,000 government jobs, is chronically understaffed: It has only around 30 full-time employees, according to the Post, which is roughly one third the staff it had under previous administrations. Moreover, the Post reports that it the office has had roughly this many staffers since Trump's inauguration.

The Trump administration itself is itself understaffed on several fronts. Max Stier, president and chief executive of the Partnership for Public Service, blamed the administration for this, telling the Post that "no administration has done it as poorly as the current one" in terms of staffing the government.

However, the White House disputed the characterization that the office has fallen behind in its duties, with White House Deputy Press Secretary Raj Shah instead blaming Senate Democrats for staffing shortages in the government.

“Despite historic obstruction from Democrats in Congress, the Presidential Personnel Office is filling the administration with the best and brightest appointees who share the president’s vision for the country,” Shah told the Post. “Staff work tirelessly and have experience consistent with the practice of previous administrations.”

The Post also reports that staffers from throughout the administration congregate at the Presidential Personal Office "to hang out on couches and smoke electronic cigarettes."

More like this
Contractors & Other Experts Swear By These Easy Hacks To Save You A Lot Of Money Around The House
By Rachel Bar-Gadda
Why Eurovision 2023's Host City Won’t Be Revealed For A While Yet
By Sam Ramsden and Rachel Mantock
Christina Aguilera Took A Powerful Stand At Brighton Pride
By Sam Ramsden
Are John Legend & Kanye West Still Friends? The Singer’s Latest Update Is Candid
By Brad Witter
Get Even More From Bustle — Sign Up For The Newsletter