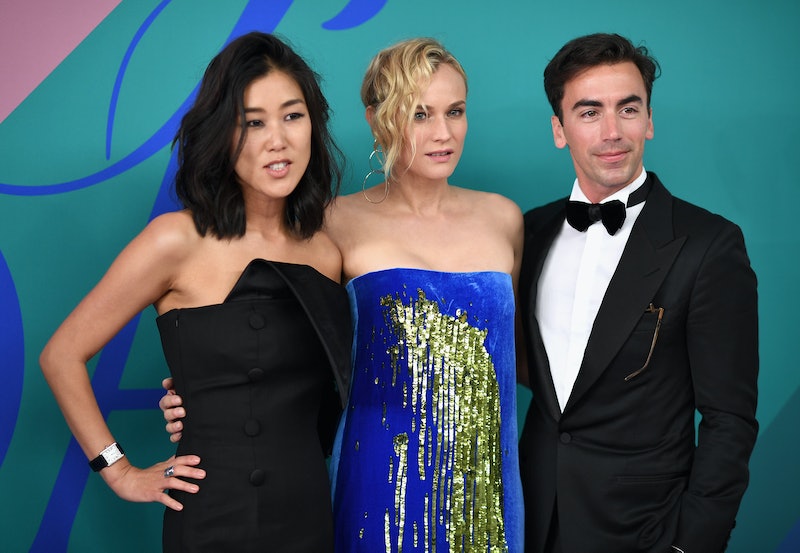 Each year, the Council of Fashion Designers of America gathers together to award the best and brightest in the industry for their achievements, both in fashion and outside of fashion. Monday night, all of your favorite fashion people were in New York to celebrate the 2017 CFDA Fashion Awards winners, and you'll probably recognize a lot of these names.

They announce several of the winners before the event, but they keep some of them secret until the night of, because, let's face it, every awards show needs some suspense and intrigue.

This year's event was very star studded, as super models and oscar winning actors, like Bella Hadid, Heidi Klum and Nicole Kidman, hit the red carpet to celebrate their designer friends. The 2017 CFDA Fashion Awards board of directors made a point to recognize Cecile Richards, the president of Planned Parenthood, singer Janelle Monae, and iconic feminist Gloria Steinem for their work to advance women's rights around the world. The remainder of the awards were specific to fashion, however.

Womenswear Designer Of The Year: Raf Simons For Calvin Klein

This award is so well deserved.

Menswear Designer Of The Year: Raf Simons For Calvin Klein

This is the year of Raf Simons.

Accessories Designer Of The Year: Stuart Vevers For Coach

Coach had some of the cutest accessories of the year.

Monse is definitely on the path to becoming a household name.

A scarf fit for a CFDA winner.

Such a well-deserved award.

She's the baddest MUA in the game.

What a wonderful way to honor the fashion icon.

Snaps to all of these inspiring, intelligent, and gorgeous women.