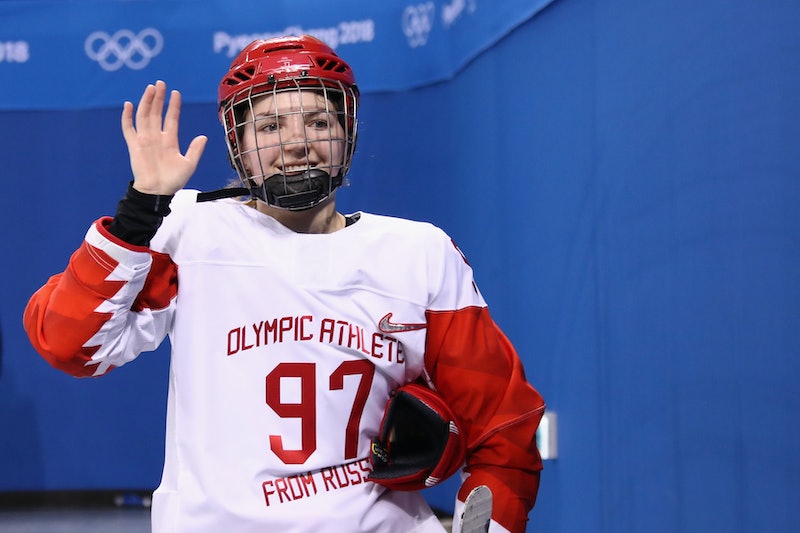 The gray parka-wearing country OAR does not exist, despite what you may think after watching the opening ceremony of the 2018 PyeongChang Winter Games. The 169 OAR athletes at the Olympics are all Russians, and this name and their status is a compromise for Russia's state-sponsored doping that allegedly gave many of the country's athletes an advantage in the 2014 and 2016 games.

"OAR" stands for Olympic Athlete from Russia, and they are competing in everything from alpine skiing to ice hockey and figure skating. The International Olympic Committee decided to ban the entire Russian national team in December, but for athletes who were not accused of doping, the OAR team was developed as an alternative.

Using a long set of criteria, the IOC decided on the 169 athletes, sending them invitations to the games at the end of January. Another 45 Russian athletes and coaches lost appeals to participate, with the cases being decided just last week. For comparison's sake, 232 Russian athletes participated in the 2014 Sochi Games.

Among the most prominent Russian athletes at the games are the figure skaters and ice dancers. Russia has dominated the sport for decades. Evgenia Tarasova and Vladimir Morozov competed on Sunday in pairs skating, and Dmitri Soloviev and Ekaterina Bobrova competed in ice dancing. Evgenia Medvedeva, a two-time world champion figure skater, won the short program in team figure skating competition. She's also a favorite for gold in the individual competition.

The only OAR athlete to win a medal thus far is a speed skater. Semen Elistratov won the bronze on Sunday, and spoke out about his country's ban, potentially landing him in hot water:

I have difficulties to hold back my tears. I had said before that any individual medal will be a golden or platinum one for me. I am incredibly happy that I did it, in spite of all the circumstances around Russian sport. I dedicate this medal to all guys that have been excluded from these games in such a hard and unfair way. This medal is for you.

He is now being investigated by the International Olympic Committee because that speech may be considered a political statement. With an exception for the "display of the national flag within the bedrooms," the OAR athletes are not allowed to acknowledge their connection to Russia. According to the OAR conduct guidelines, they must:

Refrain from any public form of publicity, activity and communication associated with the national flag, anthem, emblem and symbols and NOC emblem at any Olympic site or via media (including social media - retweets, reposting, etc.).

Elistratov's speech would be a violation of that. After he made his speech, it was reported that the speed skater had served a ban himself for using a banned heart drug in 2016, though he was later exonerated.

The other sport that Russia often dominates in is hockey. The women's OAR team has already been beaten 5-0 by Canada in the first round, but the men's team is considered a favorite. The NHL decided not to release their players to play in the 2018 PyeongChang Games, whereas the Russian professional league did let their players head to South Korea.

Even U.S. head coach Tony Granato said last month that the OAR team is the one to beat. “A lot of people say they’re the ones that have the most experience, the best careers, so they will certainly be a team at the top of the list when you look at it," Granato said.

For any of the teams or individual athletes who do medal, their time on the podium will lack any of the typical honors for their country of origin. The Russian anthem will not be played, and like the opening ceremony, the Olympic flag will be hoisted in place of Russia's.