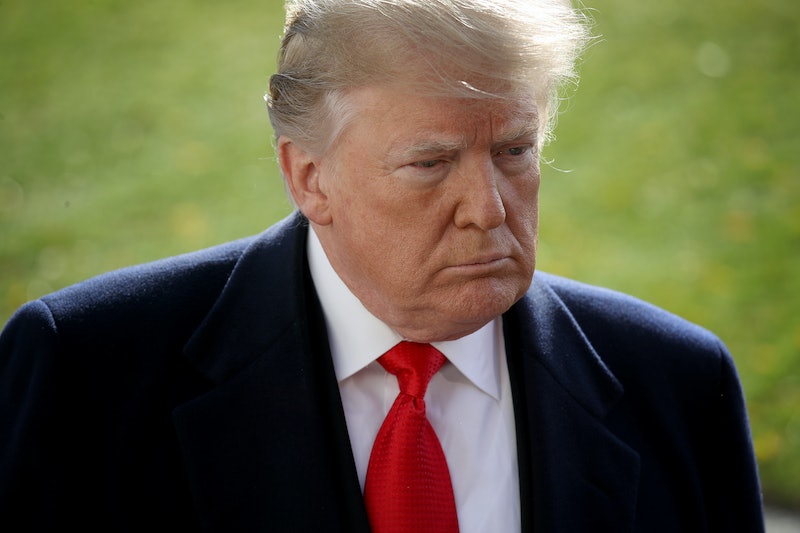 Although he frequently mentions his wife and children in the press, President Donald Trump doesn't seem to be the type to talk at great length about his siblings. But here's what's known about Trump's brothers and sisters. For starters, he has four of them: they are, in order of age, Maryanne Trump Barry, Fred Trump Jr., Elizabeth Trump Grau, and Robert Trump.

Maryanne, one of Trump's older sisters, is perhaps the one sibling that appears in the media more than the others. With a law degree from Hofstra University, Maryanne worked as the District Judge for New Jersey for 16 years after Ronald Reagan nominated her in 1983. In 1999, then-President Bill Clinton nominated Maryanne to the Court of Appeals for the Third Circuit. She retired in 2011.

In October, Maryanne's name was also included in a New York Times investigation into Trump's "suspect" tax strategies, which it claimed amounted to "outright fraud." Trump's lawyer, Charles J. Harder, denied the allegation and said it was "100 percent false."

Then there is the late Fred Trump Jr., his brother who was eight years older than him. In 2016, Trump spoke to the Times about his older brother and his alcoholism. He said, "My father had great confidence in me, which maybe even put pressure on Fred." When asked if Fred's experience with the family business led to him drinking heavily, Trump said, "I hope not. I hope not."

Speaking of his older brother, Trump said Fred "was caught sort of in the middle as somebody who didn’t really love it and only because he didn’t really love it, he wasn’t particularly good at it." Fred, who reportedly loved flying, died fairly young at the age of 43 in 1981. Trump told The Times that Fred was "amazing peacemaker."

According to Business Insider, Elizabeth Trump Grau, Trump's other older sister, worked in the banking sector and is married to sound producer James Walter Grau. She currently lives in Florida, and doesn't appear much — if at all — in the public.

And then there's Robert, the youngest of them all. Before retiring from his top executive position, Robert worked for the Trump Organization. Compared to the rest of the Trump sibling clan, Robert seems to bear the most physical resemblance with his older brother Trump.

The president's siblings are not known for giving lengthy interviews in the press. But if there is a quote that sheds some light on the relationship these brothers and sisters share, it's nestled in an interview with the New York Magazine from the early 2000s.

Back then, Maryanne and Trump spoke to the magazine and shared a bit about their sibling dynamic. Their words painted a picture that may be interesting to some readers as the older sister said she was smart enough not to challenge her younger brother.

"I knew better even as a child than to even attempt to compete with Donald," Maryanne said back then. "I wouldn't have been able to win. He was building models when he was very young. Huge buildings."

In response, Trump mused, "We're both lucky she didn't want to. We'd have been butting heads."