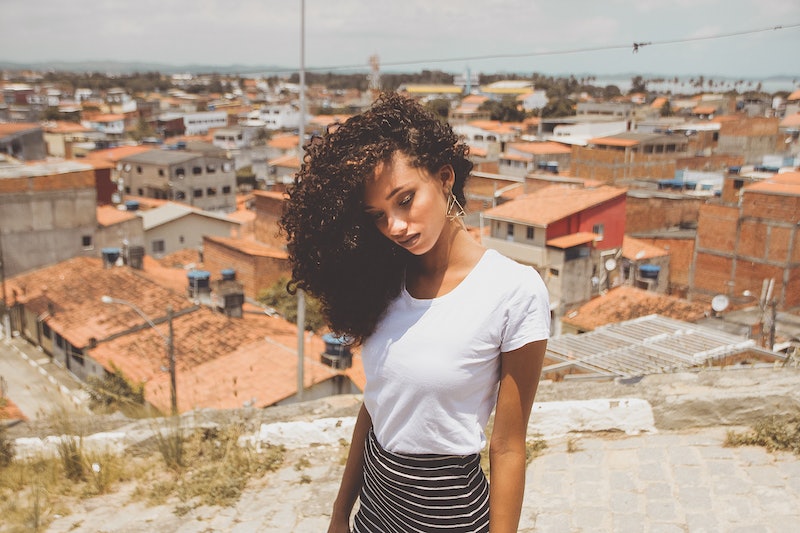 Iron deficiency anemia, in which the body lacks enough iron to create the substance hemoglobin, which carries oxygen in the blood, is a pretty common condition, particularly among women. The New York Times estimates that anemia affects up to 2 billion people worldwide, but in America there's a seriously notable disparity in anemia diagnoses not only between men and women, but between women of color and white women. 2007 data indicates that 9-12 percent of non-Hispanic white women in the U.S. have iron deficiency anemia, but that number jumps to nearly 20 percent in Black and Hispanic women. The question is: why?

A serious lack of iron can cause pregnancy complications, stress on the heart, fatigue, shortness of breath, headaches, dizziness, and a host of other unpleasant problems. Understanding the root cause of higher iron deficiency anemia levels among women of color is the key to solving a pretty serious mystery, but it's one that scientists are still trying to figure out. Is it, as with many racially disparate health outcomes, down to structural racism that means communities of color are at a health disadvantage? Or is it something else that's yet to be unravelled? Bustle talked to Dr. Tieraona Low Dog, a natural medicine specialist, about the story behind anemia in women of color. "There are many layers to the question of disparity and I don’t think there is one easy answer," she says.

More like this
Learning To Love, Not Judge, The Lunchbox Wives Of TikTok
By Esther Zuckerman
I Spent 2 Years Trying TikTok’s Dating Advice
By Kailynn Johnson
How Ovulation Affects Your Sense Of Smell, Libido, & More
By JR Thorpe and Lexi Inks
Another Side Of Rupert Grint
By Maria Sherman
Get Even More From Bustle — Sign Up For The Newsletter
From hair trends to relationship advice, our daily newsletter has everything you need to sound like a person who’s on TikTok, even if you aren’t.