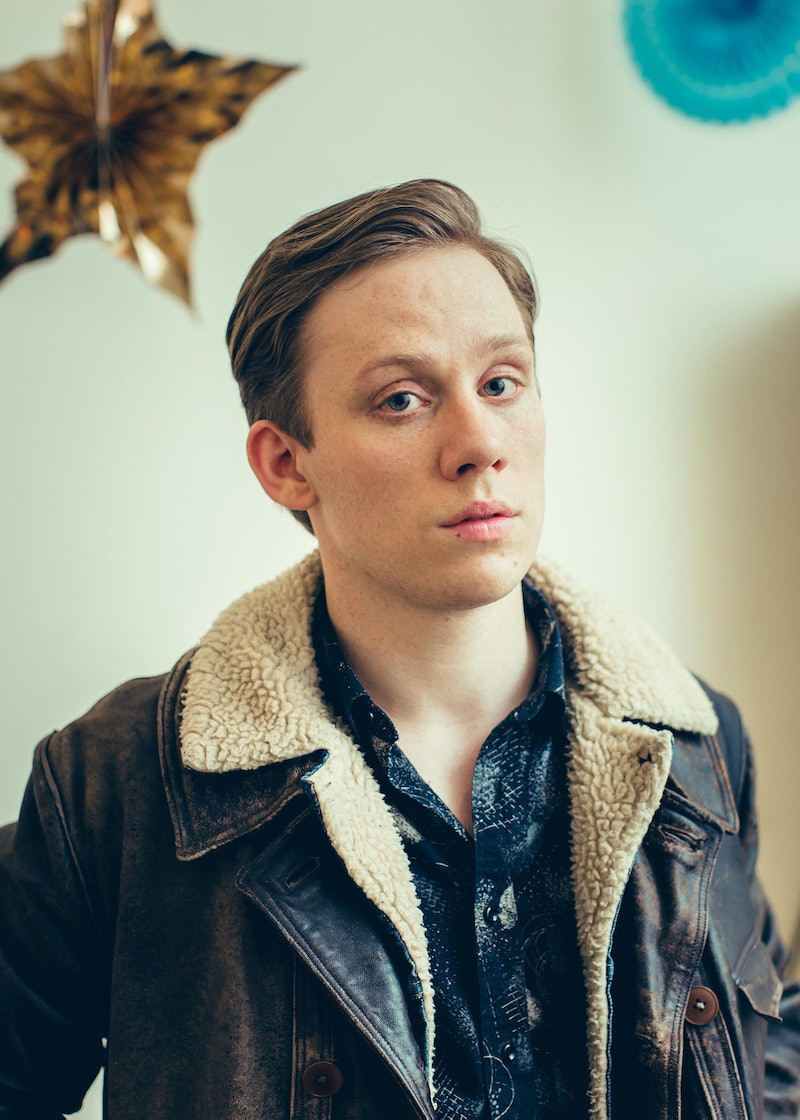 Well, the 30-year-old actor has already enjoyed quite an impressive career, having previously starred in hit show's including the BBC crime drama Peaky Blinders, soap operas The Bill and Holby City, and also appeared in a season four episode of Black Mirror — a role which bagged the young actor a BAFTA nomination. According to Clash, Cole's acting career first began to flourish after he was accepted into the National Youth Theatre. His first acting gig came during a one-night show in the West End, reports Interview, and Cole then went on to secure further roles at the Bush Theatre's sell-out School Season. The Pure actor has also previously won a British Independent Film Award for his role in A Prayer Before Dawn, and according to the Radio Times, is due to star as the leads in Sky Atlantic's Gangs of London.

In the new Channel 4 series, which is set to begin at 10 p.m. on Wednesday Jan. 30, Cole will play the character of Charlie, a recovering pornography addict. His addiction has negatively impacted both his work and love life, and he goes on to befriend the show's protagonist, Marnie, at a Sex Addicts Anonymous meeting. As previously mentioned, Pure will also star Charly Clive as the show's lead character Marnie. Clive is a newcomer to the acting scene, and was cast in the role after producers watched her comedy sketch duo known as "Britney" on Vimeo.

The "Britney" double-act was created after Clive discovered she had a brain tumour back in 2016. Along with best friend Ellen Robertson, the Pure star decided to cope with her illness by using comedy — and named the tumour after pop princess, Britney Spears, because "if Britney can get through 2007, you can get through anything." According to the Radio Times, the pair have gone on to enjoy sell-out performances at the Edinburgh Fringe Festival, the Vault Festival and at the Battersea Arts Centre.

Although it deals with serious issues such as addiction and obsessive compulsive disorder (OCD), it may surprise viewers to learn that Pure is as much a comedy as it is a drama. The show's writer, Kirstie Swain, has discussed the decision to cover these mental health issues in a comedic fashion. She said "Comedy can be a release as well when it’s used in the right place. You can’t tell a knock-knock joke at a funeral, it would be the wrong place, but comedy in this sense is great because it’s this release," and continued "It’s good because we can talk about a really heavy subject like mental illness but then laugh at it in places. The nature of some of the intrusive thoughts, such as fingering a horse, is quite funny, until it becomes pathological and you think about it all the time and it ruins your life. It’s a good way to move between the two tones, comedy and drama."