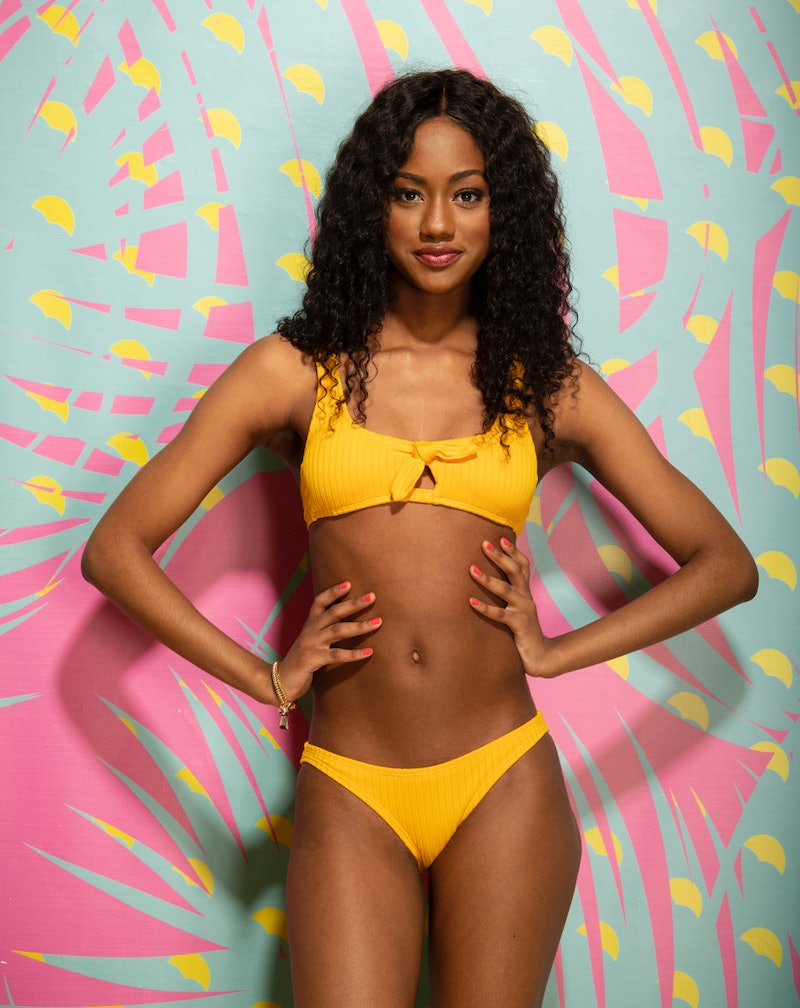 The Americans may have won both the War Of 1812 and the American Revolution, but there's one thing in which the Brits definitely have us beat — television. Not only do they produce amazing fictional series in which they know when to quit while they're ahead (One series, eight episodes, and that's it —remarkable), but their reality TV is levels above America's in terms of watchability. Luckily, one of those shows is coming here — Love Island officially lands on U.S. soil on July 9, and its contestants are ready to make a splash. Like Love Island's Alana Morrison, for instance — this gal is prepped to find love. Or at least have a great time doing it.

According to her CBS bio, Alana is a 21-year-old college senior at Bowdoin College. She majors in Africana studies, minors in Asian studies and English, and she's never been in a serious relationship — or so she says. Is Love Island the place to do it? Well, it can't be any worse than the dating and pickup scene on any college campus, can it? Alana, who is straight, is looking for a man that's "funny, adventurous, ambitious, and can hold a conversation." These seem like good personality traits.

She also hates a beard, so that guy better be clean-shaven. This former prom queen claims she's a very optimistic person, but we'll see about that. Sometimes, it's hard to be happy and have a forward outlook when there are endless amounts of cameras in your face.

Alana's Instagram describes her as a "Singer/Song Writer [sic]/Model," and as it turns out, she has made some music — here's a link to her song "TLC," which is the only one on her Soundcloud. And the model thing is true, too, because on Alana's Instagram, it's nothing but selfies and shots of her in different outfits. It's kind of hard to tell more about Alana from just her social, but since she has aspirations of stardom and some actual talent, let's bet that Alana will easily stand out from the rest of the Love Island stars.

Now that you're caught up on one of the stars of Love Island, let's acquaint you with the rules of the show itself. Basically, a group of hot young singles arrive on a beautiful island (this time, it's in Fiji), and you have to couple up fast before you get bounced off the show — which airs five nights a week. It happens in real time like Big Brother, so viewers get to vote on the couples that get fun dates and the like. Everyone is sharing beds, and at least in the UK version, everyone is gettin' very active. The couple that makes it to the end with the most fan votes wins a cash prize. There are also "re-couplings," in which you can ditch your partner and send people home.

Will Love Island be the next big hit on American TV? It certainly seems like it has a chance — let's hope Alana has a chance at finding long-term love, too.