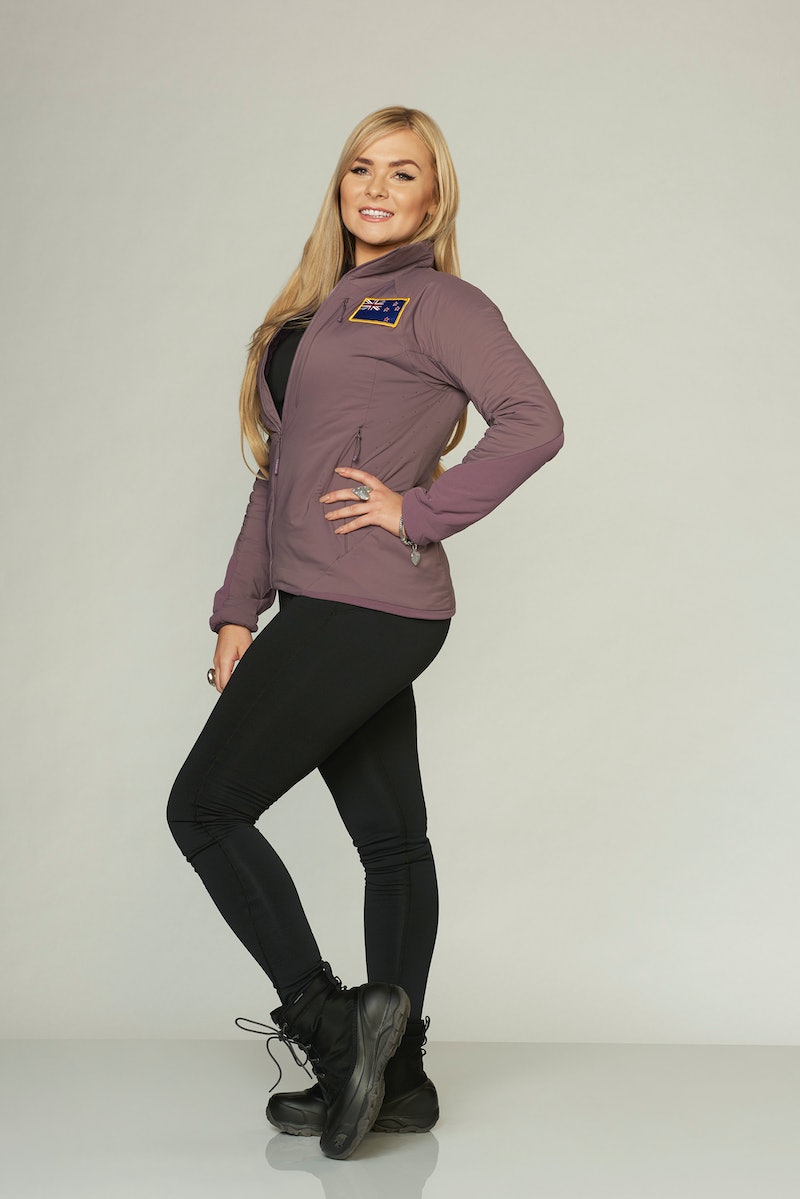 With The Bachelor: Winter Games, American audiences will be introduced to plenty of faces of the international franchise that they haven't been exposed to before. Originally hailing from England, according to New Zealand's News Hub, Ally appeared on New Zealand's edition of The Bachelor, but ultimately did not take home the final rose. When Zac didn't give Ally a rose last year, she was disappointed, but not necessarily blindsided, despite the fact that the two shared early chemistry, according to an interview she gave to New Zealand outlet Now To Love.

"I was a little bit surprised [at not getting a rose] but going into that rose ceremony, I kind of had that gut feeling," she told the website. "I could tell." Ally seemed to walk away from the experience with a positive attitude, and noted that she had no worries that Zac would be able to find someone special in the remaining pool of women following her departure. "I think we did have a connection," she continued, according to the same article. I really did feel like we got on really well, but I think it was more the fact that he had a stronger connection with the other girls."

She also said her tomboy vibe may not have been exactly what Zac was looking for. "We were more in that bro zone level," Ally told the News Hub. "I knew that when we were having a pint of beer and I chugged it back! I'm not ladylike." It sure sounds like Ally could prove to be entertaining to watch on Winter Games, as she brings that partier appeal. She may also have an advantage when it comes to the physical challenges of Winter Games, as the same Now To Love article reports that Ally's a yoga teacher by trade.

Ally won't be the only new experience American viewers will be hit with come the premiere of Winter Games. The show as a whole is an entirely new endeavor for the franchise, and one that could make for some interesting and unexpected hills to climb. "You're going to do some things you haven't done before and some of them are going to be great and unexpected and some of them will not work and that's OK, too," Winter Games executive producer Bennett Graebner told E! News.

The newness of the show has potential to make it all the more exciting. Longtime fans of The Bachelor and The Bachelorette know the drill by now, for the most part, even with the nuances of each individual season. A completely original process is likely to throw audiences for a loop, and no one really knows what to expect. "We spent so many hours sitting in a room trying to figure out how we were going to do the show," Graebner said in the same article. "All we knew was that we were going to have some of our favorite American cast members and international cast members get together compete in some sporting events of some kind and date. We didn't know what the events would be, we didn't know where they would live, we didn't know how they would go on dates, we didn't know how people would be eliminated or if they would be eliminated. We really didn't know anything, so we tried to figure it out as best we could."

Not only will Winter Games have an intriguing premise just in terms of the challenges in which contestants will participate, but the contestants will also encounter cultural differences as people from different countries will be living in the same home. E! News reports in the same article that in the entire season of Bachelor China, only one contestant even kissed the man the women were vying for, which is certainly more reserved atmosphere than the one American fans have grown accustomed to.

When Ally and the rest of Winter Games cast hit our TV screens, they will be part of a cultural experiment to remember.