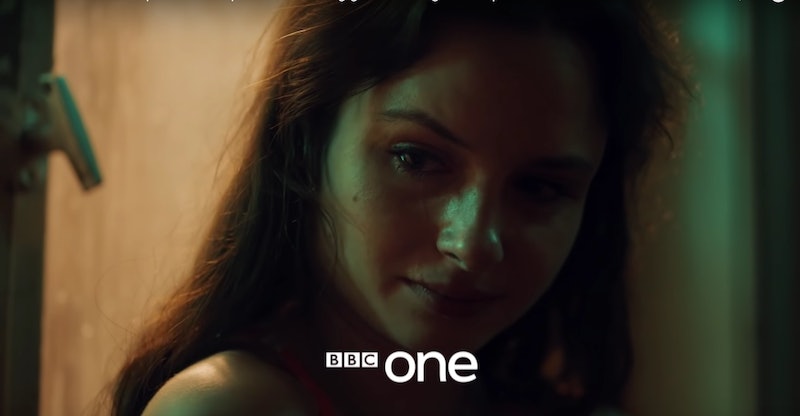 Baptiste is back with a vengeance and looks guaranteed to be very compelling viewing. Not only has the show brought back the delightfully familiar face of the great detective Julian Baptiste, who seems to be not so good at retirement, but it's also introduced a whole host of new faces. The show also has a wonderfully international cast, owing to it being set largely in Amsterdam and Belgium, and offers UK fans a chance to see some excellent international talent. For example, who is Anna Prochniak, the actor playing Baptiste's Natalie?

Próchniak is an actor who is well known in her native Poland and across Northern Europe. According to a biography posted on the Seattle Polish Film Festival website, the 30-year-old actor trained at the National Film School in Łodź. As well as acting, Prochniak has a background is in dancing, having originally trained as a ballerina before she chose to dip her toe into the world of acting. Since then, her career has gone from strength to strength, starring in the Icelandic film Vultures, with other credits including Breaking The Limits and Belle Epoque. In 2014 she was also awarded Elle's Rising Star Award in Poland for her work in Warsaw 44, and she went on to star in The Innocents, a French film directed by Anne Fontaine, the legendary director and screenwriter behind Coco Before Chanel.

Baptiste is her first time appearing on a British series. Talk about diving into the deep end with your first UK role. This show is effing huge, and Próchniak is absolutely ready for it. She plays Natalie Rose, a sex worker who is reported missing in Amsterdam by her uncle Edward Stratton. While she doesn't appear to have granted any interviews with British press, you can follow her on Instagram, where she regularly shares pictures of herself from photo shoots.

Luckily for her I guess, the universe provides and our boy Baptiste is on the case, proving he is rubbish at retirement, and still the best at his job. Unlike The Missing, Baptiste wasn't called in on an international case — basically he is in the right place at the wrong time. While visiting his daughter and his brand new grandchild in Amsterdam, the detective is called upon by a person from his past. Said person happens to be his ex and also the local chief of police, and she knows Baptiste is the man to call when you have a missing person situation.

Baptiste begins searching through the red light district of Amsterdam and to the seedy underground world that lies beneath. During a lot of twists and turns, his mind, ability, and personal safety is challenged in a way that only the daring French detective can handle. All is not what it seems in this case as Baptiste ends up tangled up in a web of deceit that maybe even he can't escape.

The show is hotly anticipated after the end of the last season of The Missing made it look like it might have been curtains for the suave detective, who was receiving treatment for a brain tumour. Fans were super excited to hear that there was to be a spin off show, but it wasn't known until recently whether the show would be based before or after seasons one and two of The Missing. The writers of the show, the Williams brothers Harry and Nick spoke to The Radio Times about Baptiste's health.

"It definitely informs his confidence and his ability to do his job which we haven't seen before, so his vulnerability and his questioning whether he can actually do this, which is a huge part of his story this year. So it factors, but not in the way people might expect".

The show is a welcome treat for fans of a bit of crime drama and kicks off Sunday 17 February at 9 p.m. over on BBC One.