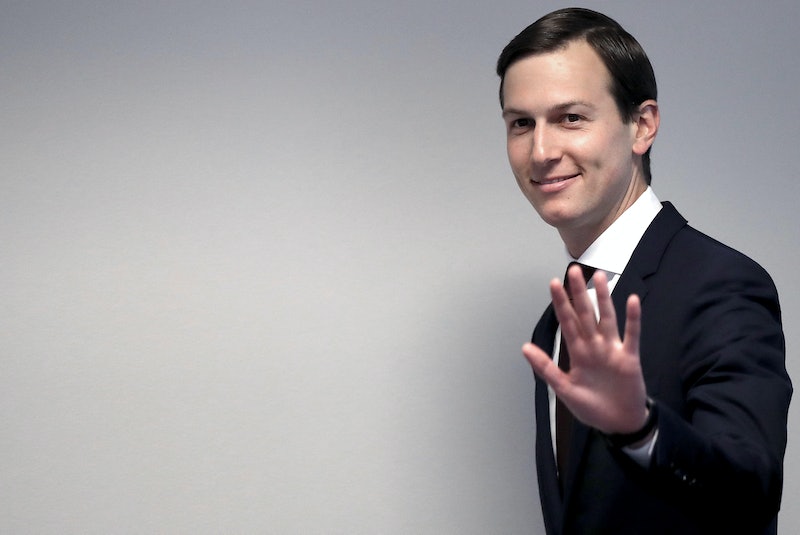 Monday saw the spotlight fall on White House senior adviser Jared Kushner, regarding the ongoing Russian investigation and possible collusion between the Trump campaign and Russia during the 2016 presidential election. But the focus has also heightened on the people who may have worked for Kushner.

After Kushner's official statement on Russia was released to the congressional committee Mondays, Kushner's frequent mentioning of an "assistant" garnered public curiosity. Some are speculating that Kushner's assistant Avi Berkowitz is the unnamed figure his statement referred to.

Kushner is under fire for having reportedly met with a Russian ambassador and Russian banker. And, to be clear, while it is not confirmed whether Berkowitz is indeed the assistant Kushner referred to in his statement to the congressional committees, it is common knowledge that Berkowitz has remained one of Kushner's top assistants. Little is known about the 28-year-old employee who was described by Business Insider as a "protégé" who is Kushner's "right hand man in the White House."

According to the Business Insider report, Berkowitz and Kushner met in an unexpectedly apolitical place — during a game of pick-up basketball in Phoenix, Arizona. The young man hails from an Orthodox Jewish family rooted in New York City, and he completed his undergrad studies at Queens College. Later on, Berkowitz pursued a degree in law at Harvard, where Kushner attended college.

Even prior to becoming Kushner's assistant, Berkowitz maintained strong ties with the senior adviser, writing for the Kushner-owned New York Observer. Berkowitz's writings included conservative writing against "liberal" intolerance along with words on activities he perceived to be anti-Semitic on Harvard's campus.

Before Berkowitz settled into the West Wing, he worked for Kushner Companies, and later on worked on Trump's campaign in new media outreach. On Trump's campaign, Berkowitz worked as the assistant director of data analytics. He ran a show called Trump Tower Live, a program aired before and after debates in which campaign aides and surrogates had the opportunity to discuss Trump's campaign.

According to the report detailed in Business Insider, Berkowitz sought to reach out to a younger generation with Trump Tower Live's low-budget platform. The New York Times quoted Berkowitz's aspirations for the show and the reasoning for not airing it on legacy media. he spoke of the power of social media and its pull on young viewers.

Younger people don't watch CNN; they just don't. This is how they get information. This is the best way to bring it to them. And we’re happy to do that.

So far, it is unknown whether Berkowitz is the assistant Kushner's statement refers to. But it seems that in the coming days, the young assistant's name may appear more frequently in the news.