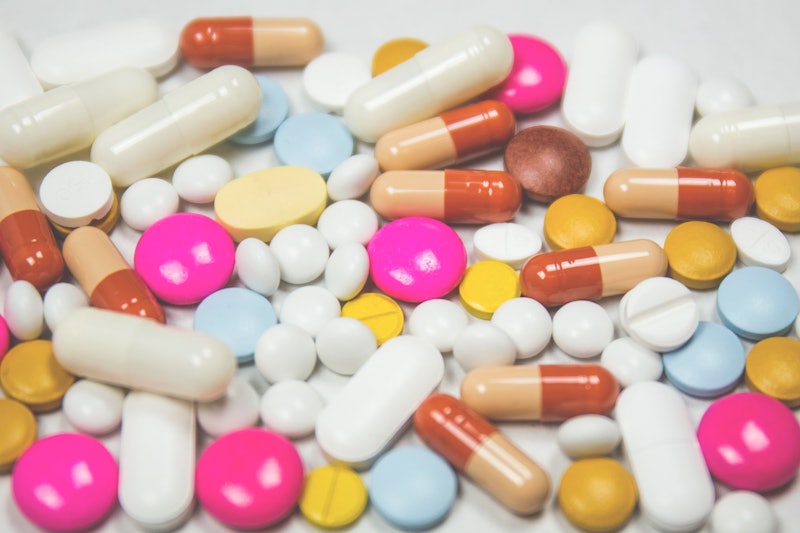 An Australian health guru made headlines in 2015 after being forced to admit she'd lied about receiving a terminal cancer diagnosis and curing said fake cancer through diet. Now, she's facing a hefty fine. Belle Gibson, whose Wikipedia page describes her as a "scammer, fraud and confidence trickster," isn't being fined for lying to the public and saying her cancer was cured through healthy eating, though. The wellness blogger and app developer is being punished with a hefty fine for promising donations and charitable gifts and not following through. She still has not apologized for her deception and has only said that owning up to her lie was "the responsible thing to do." The judge ruling over her case decided against forcing her to place full-page ads in prominent Australian newspapers apologizing to the public.

Gibson built an entire brand around her false cancer claims. According to Gibson's story, she was diagnosed with terminal brain cancer at 20 and told she had a few months to live. She said she cut out gluten and dairy, and used colonics and oxygen therapy to recover from her cancer without chemotherapy. Gibson wrote a recipe book filled with the recipes she said helped cure her, created a best-selling smartphone app that was heralded by Apple and boasted hundreds of thousands social media followers.

The hoax began to unravel when donations she'd claimed to have made from app sales came into question in March 2015. Once her book publisher admitted they'd never verified her medical records, she disappeared from the public spotlight. A few weeks later, she admitted in an interview that she'd never been diagnosed with the disease, and said she didn't know much about cancer.

It's unclear just how much Gibson lied about. Even her age is under question — she stammered when asked how old she was during an interview and claims to be three years older than her birth certificate shows. When Gibson's cancer survivor status was revealed as a hoax, social media users shared their disgust that she would lie about something so serious — and that journalists didn't question it.

Gibson didn't attend her court appearance Wednesday, where she was ordered to pay $322,000 (about $410,000 in Australian dollars). She could have been on the hook for more than $1 million, but the judge presiding over her case said she likely had no way to pay it.

One of the more heartbreaking scams she pulled involved a young boy with an inoperable brain tumor. She pledged to donate all profit from one week's worth of app sales to his family, and the money never came.

What Gibson did was shameful, but faking cancer is unfortunately not as uncommon as you may think. The lengths people go to to cover up the deception range from shaving their own heads to improperly taking medication that mimics the side effects of chemotherapy. From a well-known pastor to a college-aged sorority girl, the lie has been perpetuated by people from a range of demographics.

The reasons are varied. Some people fake cancer for financial gain and attention, like Gibson did. Other times, it could be the sign of something more serious, like a psychological condition known as Munchausen syndrome. Munchausen syndrome is characterized by someone pretending to have an illness to gain sympathy, even though they aren't sick.

Although there's nothing Gibson can do to fix the damage she caused, the Australian court seems to think financial restitution is a great way to atone for some of her fraudulent behavior. You'd hope she would've learned from her public shaming, but Gibson was still doling out questionable diet advice as recently as March.

She was caught claiming on Facebook that a diet changed her eye color, fixed her cavities and shrunk her tonsils. Gibson used an alias this time around, although her identity was eventually revealed. She gives us yet another reason to trust medical professionals instead of random people on the Internet. You never know whether someone has malicious motives.