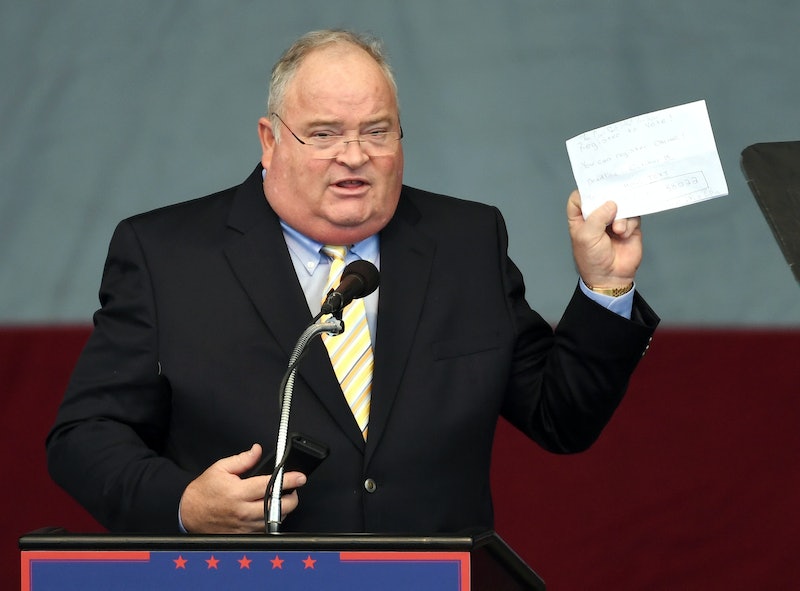 The quick repeal and replacement of Obamacare was one of President Trump's numerous unachieved goals as he rounded out the 100-day mark of his presidency. Despite his promises of great healthcare for everyone that would be totally affordable, Trump had to bite the bullet, let Speaker of the House Paul Ryan pull the bill, and admit that healthcare is more "complicated" than he realized. Now, the bill is back with a few conservative changes aimed at attracting support from conservative Republicans to pass the House. But that just got significantly harder. After the latest development on the American Health Care Act (AHCA), some may be wondering, who is Billy Long, the Republican who just came out in opposition of the bill?

The representative from Missouri had planned to vote "yes" on the initial repeal and replace AHCA, telling the local paper, The Springfield News-Leader, "If you vote no, you’re voting yes for Obamacare." But that was before new amendments were added to the bill. For one, the MacArthur amendment would allow states to opt out of the requirement that insurance companies provide insurance to people with existing conditions. That would cause their rates to soar and put healthcare coverage out of reach for most.

That's essentially what brought about Long's opposition. "I have always stated that one of the few good things about ObamaCare is that people with pre-existing conditions would be covered,” Long said in a statement. “The MacArthur amendment strips away any guarantee that pre-existing conditions would be covered and affordable."

That's bad news for Trump and the GOP leadership. Long's opposition brings the list of "no" votes to at least 21, making passing the House all but impossible with this iteration. Unless Democrats were to vote for the bill — which, at this point, is considered highly unlikely — the GOP can only afford 22 defections.

Long is an unlikely representative to oppose the bill. He's from a conservative region in a conservative state, and has been a big backer of President Trump. He hopped on board the Trump train back in July and encouraged fellow Republicans to do so. Thus far he's voted in line with Trump's position 100 percent of the time according to FiveThirtyEight.

Before heading to congress in 2011, Long worked in real estate and had his own auction company in the Ozarks, according to his Congressional biography. He also hosted a radio show. "Taking calls on the radio from concerned citizens gives him a unique understanding of the challenges facing families and small businesses in the Ozarks," the bio reads. Thus, for him to vote no on this must mean Trumpcare is really not going over well with his constituency.

He's still with Trump, though. He's blaming this on other Republicans in the House — not the president. "I think he’s relied on people in the House that have overpromised and underdelivered," Long told The News-Leader. "He needs to start leading." True or not, that's not a good sign for Trumpcare.