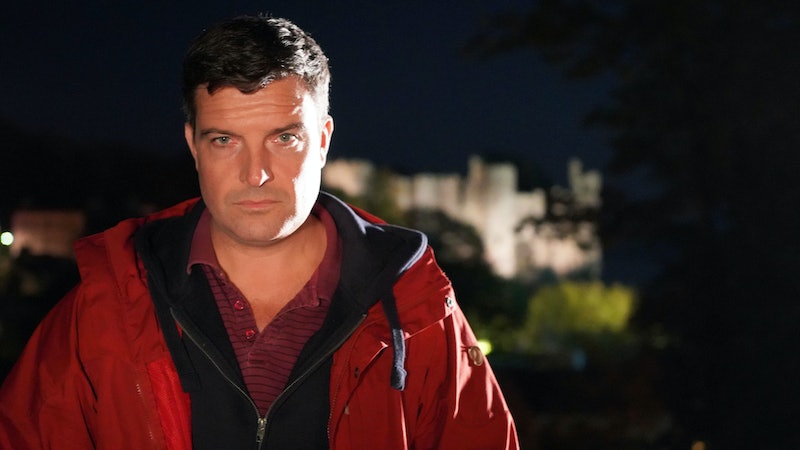 Forget about the heatwave (if you can), tonight’s telly is packed full of new and returning drama, including the second season of Keeping Faith. The series was originally broadcast on Welsh channel S4C in 2017, before making its way to BBC Wales and iPlayer last year. Keeping Faith has captivated viewers across the UK and has become one of Bradley Freegard and Eve Myles most notable works. While you may recognise Myles from her significant roles in Broadchurch and Torchwood, who is Bradley Freegard and what else has he been in?

The 36-year-old actor was born in Pontypridd, Wales and studied at the Royal Welsh College of Music and Drama, as Wales Online reports. From there, he went on to feature in numerous roles on television, including parts in Holby City, EastEnders, Doctors, Casualty, and Hinterland.

In 2017, he landed the role of Evan Howells on Keeping Faith, where he starred opposite his IRL-wife Eve Myles (who plays Faith). According to The Sun, the couple initially met in 1994 at the National Youth Theatre before tying the knot in 2013.

While the main crux of the first series was the Freegard’s character was mysteriously missing, the second series will see a larger role for Evan and how he now has to settle his debts and explain himself to Faith. “He’s back, a lot more. We find out a lot more about obviously where he’s been and the process of him trying to make amends, in some respects,” Myles said at the BFI and Radio Times Television Festival earlier this year. “Whether he does or not, I can’t say.”

Viewers will also get to see more of his and Myles dynamic as a fictional married couple, which was something that obviously came pretty easy to them. “You have to compartmentalise, as the onscreen and off-screen relationship has absolutely no bearing on each other,” Freegard explained to the Welsh what’s on guide Buzz.

“It’s fiction, it’s drama, and we are there to do a job. The advantages are obvious with the fact that Eve and I have known each other for such a long time: we first met when we were 16, and we’ve been together for 20 years, married for six.” He continued:

“So yes, we know each other very well and have a shorthand when it comes to being able to read each other, as you do with anybody that you have a long-term relationship with — whether that be your wife or your best mate, you know that person, so you’re very comfortable in their presence.”

Freegard and Myles' off-screen relationship makes Faith and Evan’s fictional one even more believable, which is what makes the show so damn gripping as a whole, which will continue into the next instalment. “As with the first series, we are still trying to tell a story of a family in a small community ripped apart by the actions of a criminal organisation,” Freegard told BBC.

“In this new series we are still very much feeling the repercussions from series one. And I hope that we manage to do that with the same amount of passion and honesty in the performance from our cast.”