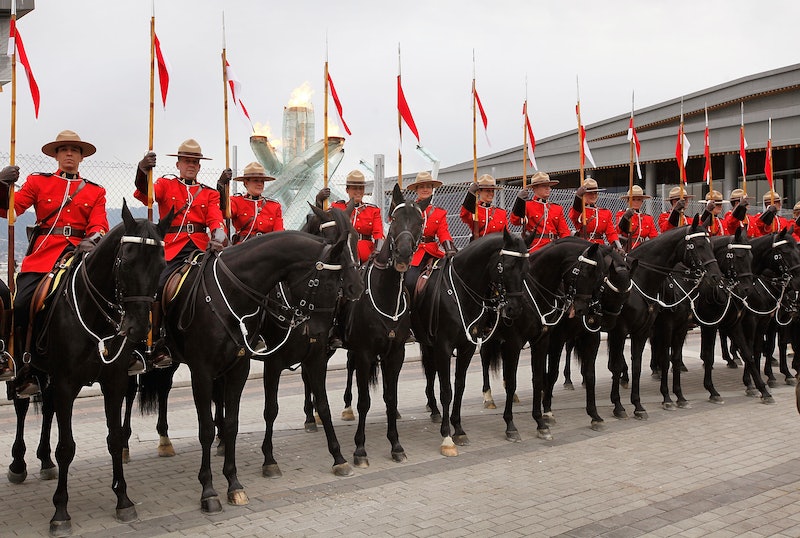 In Canada, the police force doesn't simply travel by motor vehicle or bicycle. A portion of country's police actually travel by horse. And in early March, a big change in the horse-equipped police force was announced: Prime Minister Justin Trudeau named the first female chief of The Royal Canadian Mounted Police, which is often referred to simply as "Mounties," or RCMP.

The woman named was Brenda Lucki, who has worked for Canada's national police for 31 years. She is slated to assume office in April.

In a televised speech, Trudeau expressed his hope that under Lucki, the RCMP would be restore its reputation, which has been tarnished by a slew of scandals in the last decade. The scandals range from accusations of discrimination to sexual assault. Trudeau and other Canadian officials expressed optimism that Lucki would help get the force's affairs in order.

In a statement, founder and co-chair of the National Police Federation Brian Sauvé said that the group welcomed Lucki's appointment:

We hope her selection and appointment will trigger an era of renewed investment for the 17,000-plus men and women who serve across the country, and a more supportive environment for female members in particular. I met with [Lucki] recently in Regina to discuss the issues facing the force and welcomed her proactive and forward-looking perspective and interesting and innovative ideas to address the many challenges we face, together. We look forward to working with Commissioner Lucki constructively and collaboratively.

Last summer, the previous commissioner, Bob Paulson, retired after serving the as the RCMP's leader for five years. At one point during his career, Reuters reports, Paulson found himself offering a tearful apology as his force settled harassment, discrimination, and sexual abuse allegations.

According to Canada's Global News, the Canadian government ultimately set aside $100 million for payouts after two class action lawsuits which reportedly derived from hundreds of allegations of bullying, abuse, and harassment. The allegations were brought forward by both current and former female RCMP members, and dated back to 1974.

"To all the women, I stand humbly before you today and solemnly offer our sincere apology," Paulson said at a press conference at the time, adding: "You came to the RCMP wanting to personally contribute to your community and we failed you. We hurt you. For that, I am truly sorry."

Now, however, the force is hoping to look toward the future. Lucki, Trudeau said, would hopefully help to combat harassment and "play a vital role in advancing reconciliation with indigenous peoples" as well as "promoting gender equality" in the force.

The force, itself, has been around since 1873, and by most estimates employs approximately 20,000 officers. That this will be the first female leader of the nearly 150-year old organization marks a significant shift.

The Canadian Broadcasting Corporation (CBC) reported that the majority of the members on the committee which selected Lucki were woman. (Six were reportedly women; three were men.) It was reportedly led by Canada's former ambassador to the United States, Frank McKenna.

The CBC also reported that Lucki was awarded a United Nations medal for bravery, as well as for her work with Indigenous communities, which is especially relevant for the RCMP, as it provides policing services to over 600 Aboriginal communities. (As part of its recently damaged reputation, the force has been accused of neglecting to properly protect Aboriginal populations, and there have been some reports of officers allegedly abusing Indigenous women.)

In a Tweet, the U.S. ambassador to Canada, Kelly Craft, congratulated Lucki on her appointment. "Congratulations to Brenda Lucki on her historic appointment as Commissioner of the Royal Canadian Mounted Police," she tweeted. The @rcmpgrcpolice is a valued partner of the U.S. law enforcement community."