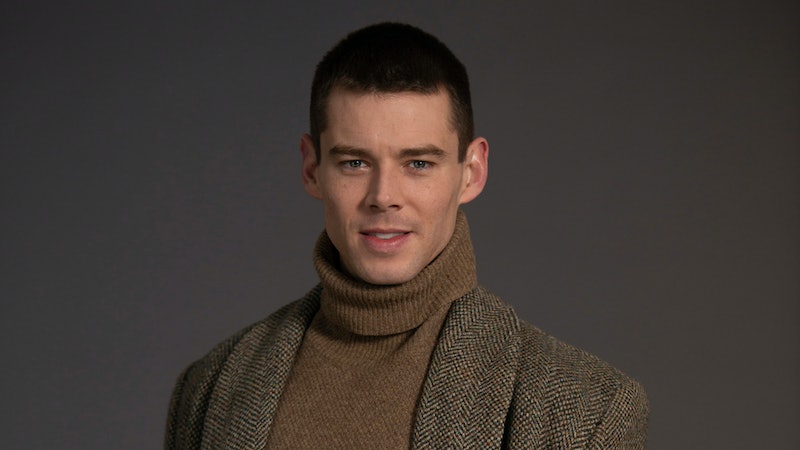 BBC One's much-anticipated World War Two drama, World on Fire, is ready to hit TV screens across the nation. So, naturally, people are thirsty for background knowledge on the cast. One particularly dashing actor is causing a stir. American star Brian J. Smith plays Webster O'Connor: an American doctor who falls in love with a musician in Paris.

Smith was born and bred in Texas. So was his World on Fire character. That's not their only connection. Webster grew up in a military family. Smith almost joined the army, per the New York Post. After leaving his hometown and graduating from New York's Juilliard School, he told the newspaper he "was two months behind in the rent, I didn’t have insurance, and I’d just auditioned for [a role] and was told they went with somebody else."

Deciding it was a sign to enlist, he showed up at the recruitment office and was preparing to arrive the next morning for a physical exam. Thankfully, Smith's agent intervened, telling him: "The other guy passed and the role is yours!" It ended up being for the 2009 indie drama, The War Boys.

Before then, Smith had played a gay man forced to deal with the son of a fundamentalist preacher in Hate Crime. In 2008, he took to the stage, appearing in Broadway play Come Back, Little Sheba. He then flitted between theatre and TV, landing roles on Stargate Universe and Gossip Girl and, in 2013, the Broadway production of The Glass Menagerie. (That earned Smith a Tony Award nomination.)

Two years later, the actor would once again show his face in Netflix series Sense8. Cast as a Chicago-based police officer who forms a psychic connection with a group of seven strangers, the show was cancelled after just two seasons, reports Screen Rant.

“I look at the roles I’ve played — heroic, very masculine American guys — and it’s me playing out a fantasy,” he told the New York Post. “I try to be that boy I idolised in high school.”

Another fantastical role is in the pipeline for the now 37-year-old Smith. In November 2018, it was announced, per Deadline, that he would be playing the joint lead in a series inspired by the Bourne franchise. Starring alongside Jeremy Irvine in Treadstone, Smith plays an all-American oil rig worker who becomes embroiled in a CIA behaviour modification programme.

Now, Smith is preparing to show his latest work to the world. His World on Fire character moved him, the actor told Bradford Zone: "He's someone who has found himself in Paris. He's escaped from a pretty oppressive intolerant military family upbringing. They love him but they don't understand him, and he's found that Paris is the place where he is his absolute best self. He's living in a dream world."

In the interview, Smith went on to say that he was "fascinated with someone who finds the dream and then the dream starts to collapse and fray" and believes the series' human-focused storylines are "relevant to what's happening in the world right now."

Finally, Smith admitted to relating to Webster. "I grew up in the suburbs in Texas during the Ronald Reagan era so, in a weird way, I understand what it's like to grow up and be different, to not fit into a culture," he told the site.

"You love your home in a way that it's hard to describe, but I always did feel that need to get away and to travel and here I am — working in Prague and Manchester, living in Europe, and escaping an America that's starting to feel less and less like any America I've known for the past 10 years."