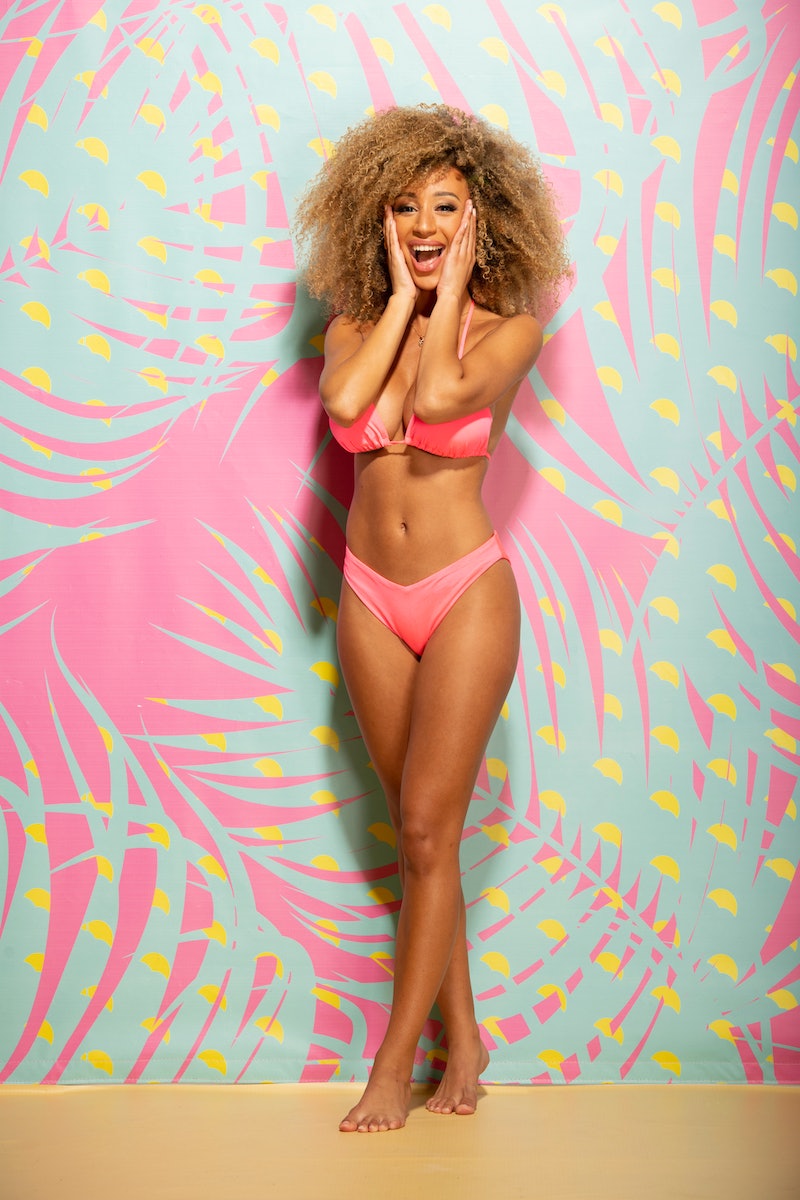 Love Island is all about adventure. The very premise of the show, which originated in the U.K. and is headed to American viewers this week, is a wild ride. Singles head to a villa in search of love, attempt to pair up with one another while an entire country watches their every move, all while navigating the unique challenges that come along with the experience. It’s a lot to take on, but luckily for her, Love Island’s Caroline “Caro” Viehweg is all about adventure.

According to Caro’s official CBS biography, the 21-year-old marketing student from Los Angeles is a bona fide world traveler. She can speak three languages, and finding a partner who’s willing to trot the globe with her is a must. She’s lived just about everywhere you can imagine — in addition to L.A., she’s made a home in Canada, Brazil, South Africa, Germany and Sweden, and she speaks English, German, and Portuguese.

The bio adds that she wants someone who’s friendly, intelligent, can make her laugh, and perhaps most importantly, tall. In return, she’ll give the lucky fella everything she has — Caro says she’s a good girlfriend because she’s “very honest, straightforward, open minded, loving and fun.”

You might already know Caro from her social media presence — she has more than 4,200 subscribers on her YouTube channel, and an impressive 243 thousand followers on Instagram. She also appears to run a separate Instagram account called “Women Prosper,” on which she posts inspirational and motivating quotes. Even that side account has more than 14 thousand followers, so she knows how to find an audience.

Caro’s Instagram makes it seem like she’s all about finding happiness wherever she can. Her captions mention things like being grateful for what she has instead of looking for greener pastures, and becoming more confident in her skin when instead of comparing herself to others.

Her social media also hints that she won’t be playing around with anyone who’s not up to par on Love Island, and that anyone who’s interested in forming a relationship with her will have to be up to her high standards.

Caro’s off the grid now — Love Island contestants are basically banned from interacting with the outside world when they’re filming the reality show, which will air a whopping five nights a week through August. But someone is still keeping up her Instagram feed for her, so she’s still worth a follow in case any insider info shows up there. And if you find yourself wanting to support Caro during her time on the show, you can download the Love Island app. According to its App Store description, it’ll allow you to vote on the Islanders to decide who is allowed to stay and continue their journey, and who gets the boot.

We’ll surely get to know more about Caro as the season goes on. She doesn’t seem like the kind of person to leave the villa without a fight, or give up on love too quickly. Keep an eye on where her journey goes — something tells me it won’t be boring.

More like this
Which RHODubai Housewife Has The Biggest Net Worth?
By Hugh McIntyre
Twitter Has *Many* Thoughts On Amber & Ikenna’s Dumping From ‘Love Island’
By Frances Stewart
RHOA’s Kenya Moore Said Her Friendship With Marlo Hampton Is “Too Far Gone”
By Brad Witter
Jill Zarin Said Her 2011 RHONY Firing “Felt Like A Death”
By Brad Witter
Get Even More From Bustle — Sign Up For The Newsletter