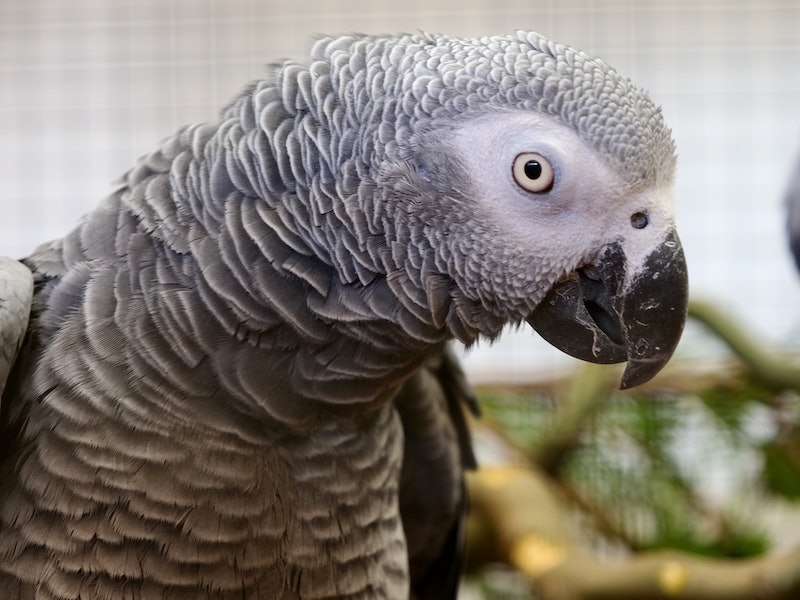 If you've been wondering why the hell people have been screaming "CHANEEEEEEEEL!" at the top of their lungs lately, you're not alone. The most hilarious viral content of 2020 is undoubtably one Liverpudlian woman, her quest to find Chanel, and the memes that have followed. But who is exactly Chanel? And where is she? Why is someone yelling out her name? All these questions and more are answered below.

You may be surprised to hear that Chanel is actually a much-beloved African grey parrot owned by Sandra, a Liverpool native who, after losing her pet, decided to film a video of herself searching for Chanel. Not just any video but one of her walking around her neighbourhood bellowing "CHANEEEEEL!"

Luckily the parrot was found safe and well, owing to the video going viral pretty fast. So not only was the lucky parrot reunited with her loving family but she's now one of the most famous parrots in the world. Alongside Sandra, she's been made into many a meme, she features heavily on TikTok, and she's even appeared on ITV's This Morning.

It was while on This Morning that Sandra let her fans in on where the inspiration for her parrot's name came from. "Well my dog's called Coco." she revealed to hosts Phillip Schofield and Holly Willoughby.

Speaking to the Daily Mail, Sandra said: "The reaction of all social media, it just melted my heart. That many people got involved and they found my parrot basically. I just want to thank the whole world."

Needless to say, this story, and the memes born of it, are a rock in stormy seas.

So it turns out Chanel is pretty huge in the theatre world.

She's made a cameo on Harry Potter.

Actually, she's starred in a lot of films.

Any Disney fans will be glad to know that their favourites are getting involved.

Her departure may have been a tad dramatic, but in times like this drama is getting us all through.

She's started to collaborate with other viral video stars.

TikTok famous people and even actual pop stars have gotten in on the action.

The most important thing to remember though is that Sandra and Chanel are still making videos and are here to cheer us all up. Including Captain Tom who turned 100 today.

Now that's a video worth turning 100 for.