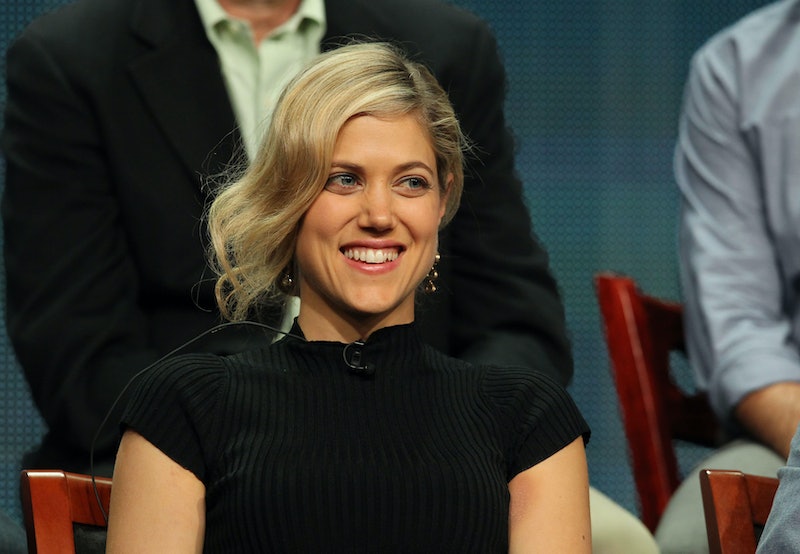 Back in the day, you wouldn't see women on the stage at all. Female roles were played by men, or often younger boys, which might be why so many women feel compelled to reclaim their roles, and why today, all-female reboots have become such a thing. The all female casts of say, the recent Ghostbusters film and Ocean's 8 have sort of been a way to balance our history and its gross gender disparity. And now that phenomenon's happening across the stage too, particularly by an actress who's currently playing William Shakespeare. But who is Charity Wakefield, the actress subverting traditional gender roles?

Wakefield's been starring in Emilia, the all-female play which takes its inspiration from the early Renaissance feminist icon Emilia Bassano, who was purportedly the inspiration behind Shakespeare's The Dark Lady sonnets, according to the The Globe site. As per the play's official synopsis: "400 years ago Emilia Bassano wanted her voice to be heard. It wasn’t. Her story is still our story," and now, with an all female cast, "Emilia and her sisters reach out to us across the centuries with passion, fury, laughter and song. Listen to them."

The play's set to accumulate even more hype than it has already, since, as Playbill reported last year, Emilia's going to be transferred to the West End, following a sold out run of shows at its former venue of Shakespeare's Globe.

According to Broadway World, Emilia gave Wakefield the opportunity to be the first woman to play Shakespeare on The Globe stage, but now her role is being brought to a much larger audience, you might be wondering just who this actor is, and how she came to fill the legendary role.

She's definitely no stranger to period roles, having appeared in the BBC adaptation of Hilary Mantel's Wolf Hall in 2015, in which she played Mary Boleyn. But her role as Shakespeare? Well, it might just be her best one yet, for quite a few reasons. "You know what is really weird?" she told Broadway World. "When I put the wig on and the ‘tache and the beard, I actually do look a little bit like him: my natural face does resemble him."

But she's got plenty more tricks up her sleeves, besides playing Shakespeare convincingly well. She's also set to appear in Sky One show Bounty Hunters, alongside Rosie Perez and Jack Whitehall, as she plays Whitehall's sister, which is set to come out later in the year, according to the British Comedy Guide.

Besides acting, Wakefield appears to be into her pooches, and she currently owns a little cutie called Honey, who posed alongside her in a campaign for Mulberry England back in December, 2018. More snaps of which can be found on the actress' Insta. Trust me, it's worth the click for those puppydog eyes.

So, if you want to see Wakefield, your new favourite actor as Shakespeare on the West End, you can get tickets from £23 on the See Tickets site. Emilia will be playing at The Vaudeville theatre from now until June 15, so get in quick.