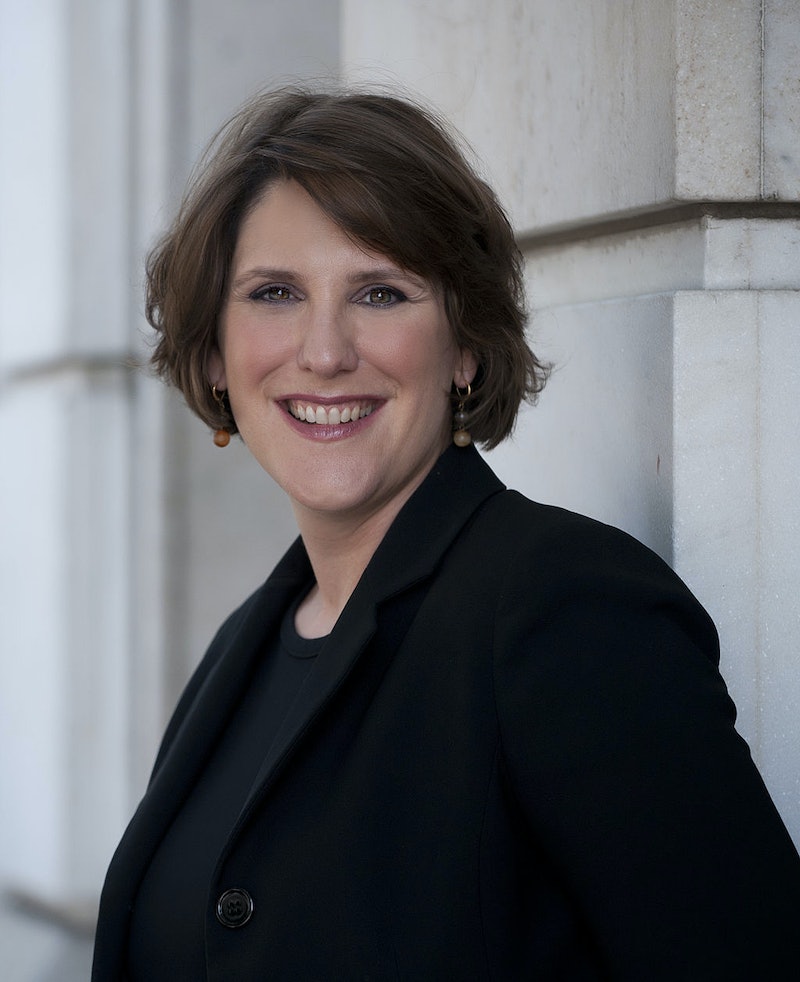 The slow dirge of the Trump administration marched onward this week with the latest potentially devastating presidential appointment. The White House announced Friday that Donald Trump appointed anti-abortion activist Charmaine Yoest to be the assistant secretary of public affairs at the Department of Health and Human Services. She may have only limited influence over the department's potential impact on abortion regulations, but her appointment is a scary sign of what may be to come for the thousands of federal jobs that still need to be filled.

Yoest has had a long, impactful career attempting to limit Americans' access to abortion, and her next stop at HHS could her biggest chance to impact policy. Between 2008 and 2016, Yoest was the leader of Americans United for Life, a small but prolific anti-abortion advocacy group that was responsible for 24 pieces of choice-restricting legislation in 2011 alone. Additionally, she worked as a political adviser on Mike Huckabee's 2008 presidential campaign, and as a White House staffer under the Reagan administration.

Yoest has also shown a stubborn ignorance toward some of the modern science surrounding abortion. In a 2012 interview with The New York Times Magazine, Yoest was adamant in her belief that abortion causes breast cancer, despite evidence from The National Cancer Institute, the American Cancer Society, and the American Congress of Obstetricians and Gynecologists refuting those claims.

She's also stated that she believes that IUDs have "life-ending properties," even though the devices have been proven time and again to not cause abortions. Yoest's attitude fits with the Trump administration's general disregard toward scientific evidence, such as the climate deniers in charge of the EPA, but it's still scary in every iteration.

Although her new position isn't specifically focused on policymaking, Yoest could have significant access to Secretary Tom Price, who was already a strong anti-abortion politician. Under Title X, HHS has the power to change regulations about what kind of family planning services are available to the public, as well as sterilization projects for qualifying Americans. Yoest has limited but not insignificant power to change reproductive care in America, making her appointment one to watch.

However, the most concerning thing about Yoest's appointment is that she won't be the last. Yoest was appointed to the position as one of the more than 4,000 staffers that he will have to appoint to make sure the federal government continues to run smoothly. That means Trump has several thousand more opportunities to limit Americans' choices when it comes to their reproductive and other rights. Yoest is just the tip of the iceberg, so be sure to pay attention to what other appointments come out of the White House in coming weeks.