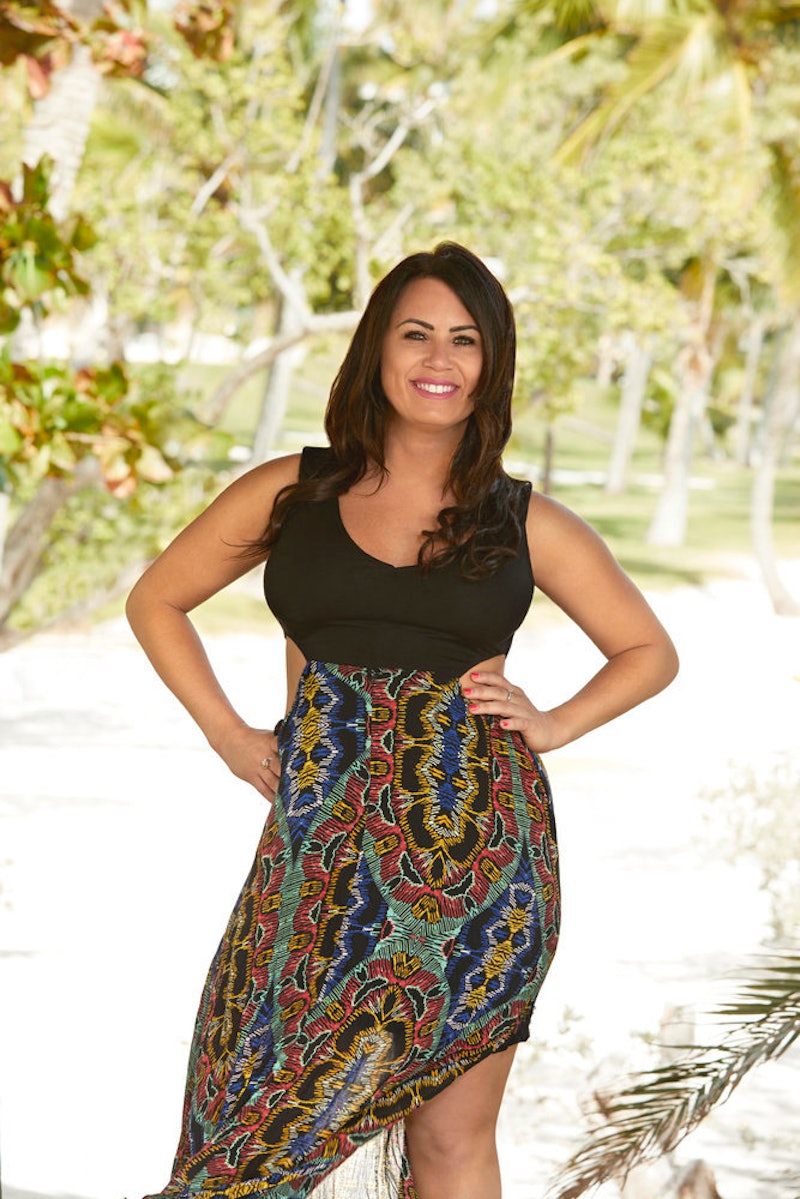 Have you ever taken a crazy, adventure-filled road trip with your friends and remarked, "We should have our own reality show?" That's pretty much what the cast of Bravo's newest addition, Unanchored, did, and they actually got their own show. The program follows a crew of best friends as they travel around the Bahamas on a ship for a "floating festival" called BucketLust. One of those friends is named Chelsi Pugliese who is a medical salesperson from Boston. More importantly, though, she's the life of the party.

According to her official bio for Bravo, Pugliese has always loved to be the center of attention and is highly dedicated to her friends. In fact, she met fellow Unanchored cast mates on the BucketLust Belize, which is how she bonded with this friend group. Her bio also states that as far as a love life goes, Chelsi would rather "be a single free-spirit than ever have to rely on a man." That said, at the last minute, she apparently brought new beau Dan onto the boat with her for the trip and taping, so their relationship will likely be put to the test.

By the looks of her social media profiles, Pugliese was well traveled long before filming for Unanchored took place. Her Instagram boats photos from Paris, Spain, Hawaii, and more. She travels a lot for work. Her Instagram bio says she's a lover of red wine and of course, traveling, but the wine taste is a shame, considering reds aren't allowed on the Unanchored ship, according to a list of rules the crew shared with Bravo. Other rules include cleaning up after yourself, partying all the time, and to wear only bikinis.

When she's not on the road (or at sea) or working to promote cardiovascular health research, Pugliese is living her dream, partying with her friends. She recently celebrated her 31st birthday (for which she posed with a traffic cone labeled "Slippery when wet"), attended Dirtybird Campout, a music festival and "summer camp for adults," and experienced her first Burning Man out West.

Pugliese's Bravo bio also notes that she prides herself on her "bluntness" which is apparent in her posts on social media as well. Although her posts focus mostly on her friends and traveling, she sometimes gets political. In one, she made a reference to the Colin Kaepernick controversy and in another, she made a distasteful joke about Asian stereotypes. She also retweeted Donald Trump in reference to his 2016 presidential bid, though she hasn't tweeted in the two years since.

So, the bluntness and personality that her friends praise her for definitely comes through in her online presence. It will surely be apparent on Unanchored, and it may get her into trouble. To find out, watch the series unfold on Monday nights at 10 p.m. ET.