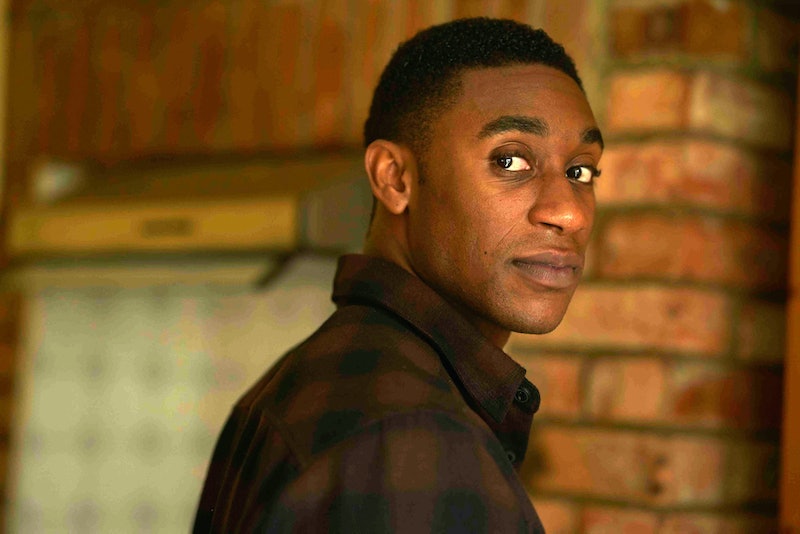 The new BBC One feature-length drama Sitting In Limbo is sure to garner attention. Not only is the harrowing tale of Anthony Bryan, a man who had lived and worked in the UK for 50 years when he was suddenly detained and almost deported, bring home the impact of the Windrush scandal, it is also beautifully and emotionally executed by an all-star cast. Namely Patrick Robinson (Casualty, The Bill, Mount Pleasant), Nadine Marshall (Save Me, National Treasure, The Innocents), Pippa Bennett Warner (MotherFatherSon, Harlots), and CJ Beckford. But who is CJ Beckford?

Beckford (also known as Christopher Beckford) is a British rising star on the stage and small screen. He's starred in a number of recognisable titles, and is no doubt set to make a big impact in his role as Gary, Anthony Bryan's son, in Sitting In Limbo.

The talented actor is best known for his work in the National Theatre's production of Andrea Levy novel Small Island, in which he played Jamaican RAF pilot Michael. Based on the Windrush generation – those who arrived in the UK between the years of 1948 and 1973, welcomed to help rebuild Britain following the war – the play garnered rave reviews from critics, including five stars from The Guardian and The Daily Telegraph.

Beckford has also appeared in several British TV series, including The Trial Of Christine Keeler, where he played Camacchio, and Victoria, in which he took on the role of Cuffay. As well as TV series and theatre, Beckford has acted in several film shorts, including Koby Adom's Hair Cut, and Simon Rickard's Repost.

His personal Instagram page charts some of his career successes thus far, giving his followers an insight into his passions and beliefs. Speaking to Your Cinema in 2019, the actor elaborated on the three things he believes have made him a better actor. Having faith, he says, is key: "We can’t expect everyone to have the same religious beliefs or even be religious, but having faith within ourselves is just as important, if not even more so," he explained.

"As creatives, we are our toughest critics, but trusting in the skills you have trained to use and the knowledge you have acquired throughout your journeys, are what contributes to you being the masters of your craft."

Sitting In Limbo follows Bryan's life as it is torn up after being forced into a state of limbo – without a job, unable to claim government benefits, access the NHS or leave the country – and the toll it takes on him and his family. Beckford is taking on the role of Bryan's son, Gary.

More like this
Adam Ali Hopes 'Waterloo Road' Will “Subvert” Queer Misconceptions
By Sam Ramsden
Rita Ora Finally Opened Up About Marrying Taika Waititi & Their "Perfect" Wedding
By Sophie McEvoy and Catharina Cheung
Jemima Khan Used Her Own Life As Inspo For 'What’s Love Got To Do With It?'
By Darshita Goyal
Gerard Butler Insisted On Adding This Pivotal Scene To 'Plane'
By Catharina Cheung
Get The Very Best Of Bustle/UK
Sign up for Bustle UK's twice-weekly newsletter, featuring the latest must-watch TV, moving personal stories, and expert advice on the hottest viral buys.