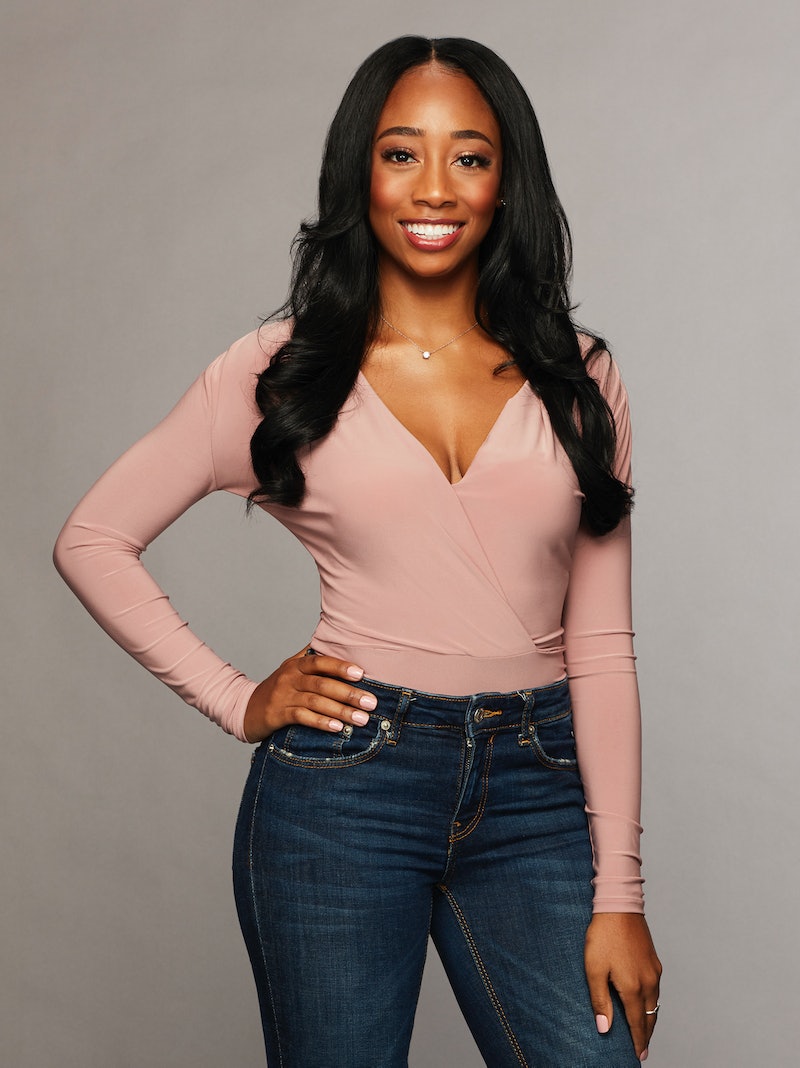 Season 23 hasn't even premiered, but Colton already has a long, complicated history when it comes to The Bachelor franchise. After spending a "weekend" with Tia, getting his heart broken by Becca on The Bachelorette, and reconnecting with Tia on Bachelor In Paradise only to ultimately split once again, the contestants on his season of The Bachelor will need to make a strong impression to help him move forward. Luckily, Courtney from Colton's season of The Bachelor has a secret weapon: food.

ABC's bio of Courtney mentions a few key details about the German-born 23-year-old, namely that "Her most embarrassing moment was tripping (twice!) on stage at her graduation," and that "The closest she's ever been to marriage is a Pinterest board titled 'I do,'" but the show may be doing her a disservice by listing her job title as simply a "caterer." Not only does she work for a catering company, but Courtney is the one cooking the meals and designing the catering menus herself.

Courtney's menus have a distinctly Creole flair to them, advertising a variety of items rooted in the popular cuisine of Louisiana and New Orleans. Her catering website lists menu items such as "Louisiana Hot Crab Dip," "New Orleans Seafood Gumbo," and "Crawfish Etouffe." While she cooks a variety of NOLA-inspired foods, one local specialty missing from her menu is alligator sausage, which is a popular protein in the area, either on its own or placed on a po'boy sandwich. This may have something to do with the fact that, according to ABC, Courtney is "afraid of almost all reptiles."

But while Courtney's taste in cuisine may be inspired by the French Quarter, she's actually based in Atlanta, Georgia. This bustling southern city is pretty different than Colton's small hometown of Washington, Illinois. And though a caterer and a football player may not have much in common, job-wise, they'll likely be able to bond over a love of food, since really, who doesn't love food? It's one of the cornerstones of literally every culture in the world, meaning that if there's no other immediate chemistry between the two, Courtney and Colton will at least have one shared interest to talk about. Plus, her ABC bio says her catering business is based on "crafting healthy meal plans for athletes," and that's definitely something Colton can relate to.

An interest in eating may not be enough to build a long-lasting relationship — and especially a marriage — but having something to talk about is just enough to make a connection on the all-important first night cocktail party, and the possible promise of some good jambalaya could be enough to entice Colton's attention and get Courtney a rose. Even if her time on The Bachelor doesn't lead to everlasting love, she'll have her catering business to return to — until she's inevitably brought back to television for some future season of Bachelor In Paradise in the near future.

See how far Courtney makes it when The Bachelor premieres Jan. 7.