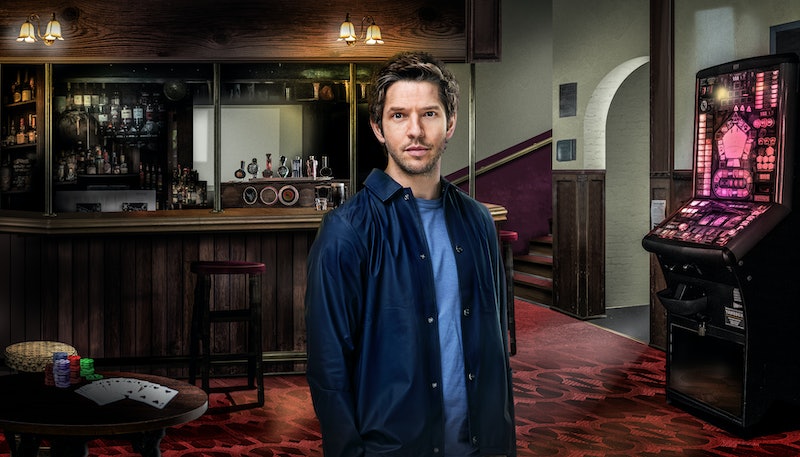 Already renewed for a second series, Sky One's Brassic has currently got the nation in stitches with its fantastic comedy and star-studded cast. Set in the fictional, Northern town of Hawley, the series follows a group of working-class mates who are trying to navigate their way through adulthood while struggling to let go of their youth. The gang features a lot of familiar faces, including an actor that has appeared in two iconic British series — Being Human and Suspects. So who is Damien Molony, and what else has the actor starred in?

Raised in the Irish town of Johnstown Bridge, Molony wasn't influenced by his family to become an actor. As the Irish Times notes, he is the "son of a doctor and a solicitor-turned-travel-guide," but that didn't stop him from deciding that acting was the perfect fit — even if he wasn't entirely sure how to get started.

"I went to Trinity College and got involved with players there," he told the Irish Film & Television Network in March. "A lot of my mates were actually applying for drama schools in London. "At that stage, I didn't really really know how to become an actor. I generally thought if you turned up at the stage door at the Abbey [Theatre], and you just said, 'Listen I'm here for a job,' that you might become an actor." He continued:

"The friends of mine who were applying for drama schools said that I should apply and I did. I got into the Drama Center where Tom Hardy, Micheal Fassbender, and Colin Firth trained. I did three years of pretty intense training there and have been lucky enough to be working ever since. That was my route in."

From there, Molony developed his skill and work ethic, eventually landing his "big break" on the BBC Three series Being Human, where he played vampire Hal Yorke. After starring in a John Ford play, he "took over from Aidan Turner" in the fourth and fifth series of the supernatural show. "I suppose that was probably what brought me to a larger audience certainly in the UK," he told IFTN. "Most of my work really has been in the UK with UK productions."

Brassic is as British as it gets (and so is his character Dylan), and Molony wanted in. "I had worked with an Irish director actually, Daniel O'Hara on Being Human. I jumped at the opportunity really to work with him again," he explained. "Then, obviously, Joe Gilgun, he has created the show. I've been such a massive fan of his since This Is England."

Molony was also drawn to the depiction of the small town of Hawley, and how the characters that live there love it and don't want to leave. "I said this at the Sky event, but I think a lot of small town shows, whether they're based in the UK or Ireland or anywhere are usually about characters who want to get out of town and improve themselves in some way," the actor said.

Brassic is currently available to watch and stream on Sky & Now TV.