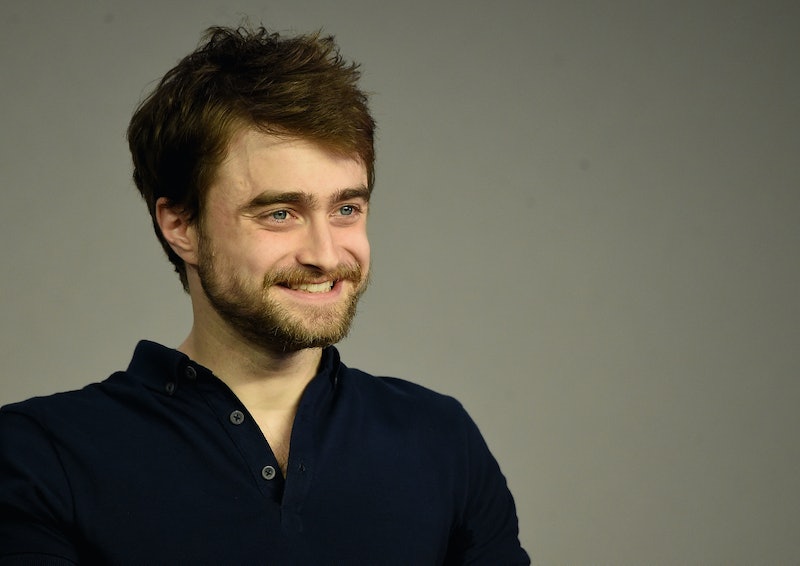 Learning about your family history can be a rather emotional experience, and the same goes when watching a celebrity discover their own roots. Well, Who Do You Think You Are? returns tonight with Daniel Radcliffe and it looks like he’s got a fascinating past that involves the Hatton Garden heist according to The Guardian. But what else is going on in Radcliffe’s life right now? Has he got any other projects in the works, and who is Daniel Radcliffe dating in 2019?

Well, it turns out that Radcliffe has been dating actress Erin Darke for six years now after they met on the set of a film in 2013. Darke is an American actress known for her work in The Marvelous Mrs. Maisel. But, she’s also appeared in the likes of Girls, Homeland, Good Girls Revolt, and We Need To Talk About Kevin, as OK! Magazine reports.

The couple met while filming Kill Your Darlings, which includes a rather racy, NSFW scene between their characters. “It’ll be a hell of a story to tell our kids one day because of what our characters do with each other,” he said during an interview with People TV (via Entertainment Weekly). Although, the actor also appreciates how the start of their relationship was captured on screen.

“Our characters are meeting and flirting with each other, so there is this kind of sweet record of us just meeting for the first time and flirting."

“I was just one of those instant things where you’re like, ‘Oh, I really like this person’,” he said during an interview with Parade in 2014. “You just have a connection with somebody, and then suddenly it’s incredibly easy to talk to them. It was one of those situations.”

Six years after their rather unique meet-cute, Radcliffe and Darke are still going strong and are as smitten with each other as they were when they first met. “I think that’s the kind of relationship I always aspire to have with someone I’m in a relationship with,” Radcliffe gushed in an interview with Us Magazine (via azcentral.com). “You want that person to be your best friend. In the case of Erin, we definitely are.”

For Darke, their close bond began to form thanks to their shared love of acting as she explained during an interview with People magazine last summer. “One of the first things we bonded over was how much we really love what we do and there’s something that’s really beautiful and really lovely about being with someone who just innately understands that about you,” she explained. “He helps me make self-tapes sometimes. He’s a great reader, by the way. We’re both incredibly supportive of the other person’s career.”

Radcliffe is currently working on Francis Annan’s Escape From Pretoria, which began filming earlier this year. In this film, “the actor plays South African activist Tim Jenkin, who was imprisoned in Pretoria’s Maximum Security prison in the late 1970s,” as the Daily Mail reports.

While there’s yet to be a set release date for the film, you’ll be able to watch Radcliffe discover his family’s history on Who Do You Think You Are? tonight at 9 p.m. on BBC One.

More like this
Rupert Grint Just Shared A *Major* Update About Ron Weasley’s Future
By El Hunt
Daryl McCormack Has A Very Special Lady In His Life
By El Hunt
Rita Ora Finally Opened Up About Marrying Taika Waititi & Their "Perfect" Wedding
By Sophie McEvoy and Catharina Cheung
Jemima Khan Used Her Own Life As Inspo For 'What’s Love Got To Do With It?'
By Darshita Goyal
Get The Very Best Of Bustle/UK
Sign up for Bustle UK's twice-weekly newsletter, featuring the latest must-watch TV, moving personal stories, and expert advice on the hottest viral buys.