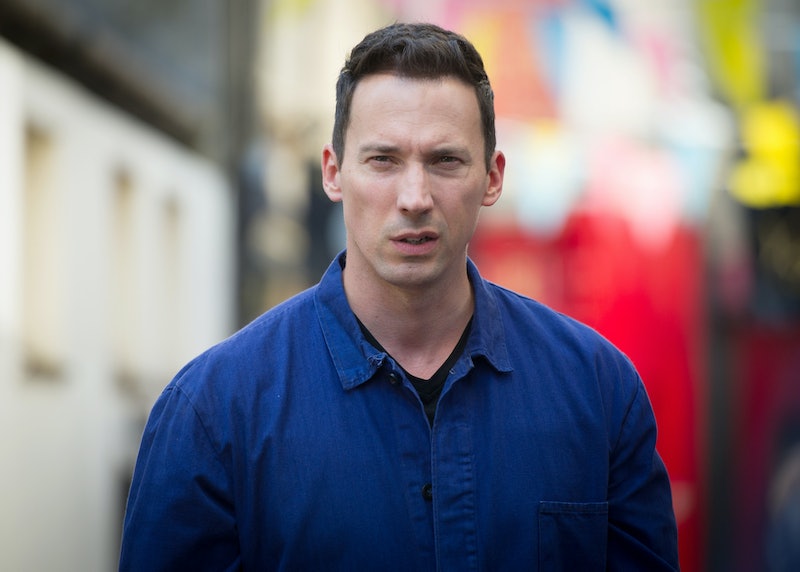 Whenever a new series starts on TV, you're often drawn to Googling the actors straight after the first episode. Silent Witness isn't exactly a new phenomenon having recently started its twenty-second season. But a few of the main faces are still mysterious in the public eye. Most people know a bit about Emilia Fox, the actor who plays Nikki Alexander, but who is David Caves, the man behind forensic scientist Jack Hodgson?

Born in Northern Ireland, Caves has been a firm fixture in the crime series since season 16. Replacing Harry Cunningham, played by Tom Ward, he quickly gained a lot of fans. But acting wasn't always Caves' passion. Coming from a family of teachers, he decided to pursue a career in academia. As The Stage reports, he studied a degree in languages (including Spanish and German) at the University of St Andrews in Scotland. As part of his degree, Caves was required to spend a year abroad. He chose to go to France but by the time he had returned, he was no longer interested in joining the teaching profession.

Instead, he went straight to the stage, training at LAMDA with a particular focus on theatre. Several of his performances were highly praised, especially his take on Petruchio in the Royal Shakespeare Company's 2012 rendition of The Taming of the Shrew.

It was this production that convinced Caves to switch to TV. "I absolutely love theatre and my heart will always be there, as that is where I started," he told The Stage. "But I did feel, coming to the end of [The Taming of the Shrew] that I would like to try something else, some TV or film work. And as luck would have it, along came Silent Witness. It was great timing."

The reason many fans don't know much about Caves is because he shies away from social media. In an interview with The Saint, he said that Twitter, Instagram, and the like was "a little bit terrifying." But he did admit to enjoying his Silent Witness role, especially because of its regularity. Caves stated that the series films from April until November, describing it as more like a "proper job."

In another interview, he also admitted to finding a few differences between the worlds of theatre and television. “You can go overboard and get so vain about how you look in a shot and then it becomes a vanity project," he told The Stage.

However, Caves likes the lack of rehearsal time afforded to him for his Silent Witness job. “They expect you to come having done the work and made some choices," he said. "If those choices don’t work, they tell you and you have to make quick decisions. But that is a really good thing. Sometimes you can overthink things and over-rehearse. But sometimes great things come out of very quick decisions in the moment — just by listening and reacting."

It's not clear how long Jack Hodgson will last in the popular BBC series, but perhaps Caves will set his sights on cinema next. After all, he did make an appearance in the 2016 biopic, Jackie, starring Natalie Portman. The twenty-second series of Silent Witness began on January 8. As with prior seasons, each crime the team at the Lyell unit investigate takes up two episodes, so expect a total of 10 gripping episodes over the next few weeks.

The second episode of the new season of Silent Witness airs on BBC One on January 9 at 9 p.m. After that, new episodes will air on Mondays and Tuesdays.