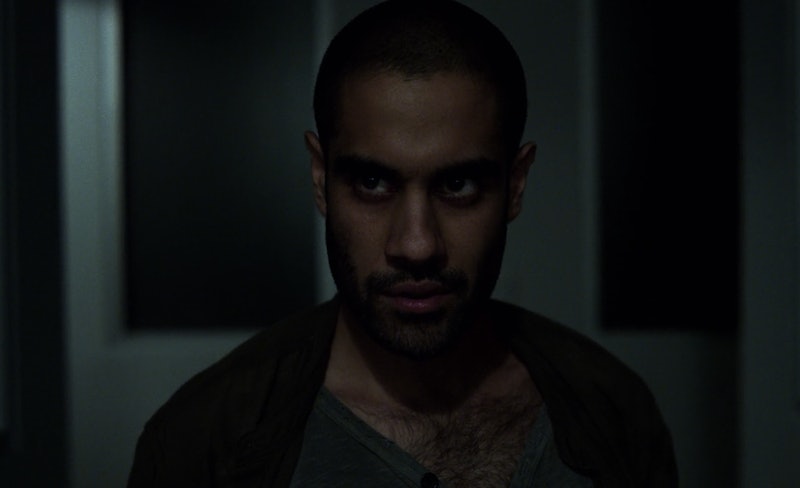 The first half of Iron Fist focuses on Danny, the Meachums, and Colleen Wing — but more characters from the past pop up as the series progresses. Who is Davos on Iron Fist? Danny's monastery friend, played by English actor Sacha Dhawan makes quite the impression. Spoilers for Iron Fist ahead!

Davos was Danny's classmate in K'un-Lun, the lost city. They become brothers. However, while Davos expected to become the Iron Fist, Danny was chosen instead to face the Dragon. Davos thinks he's chill with this. He thinks he has made peace with it, though Claire makes a good point. Davos and Danny can push down their true feelings as much as they want, but it comes back up.

When he appears on Iron Fist, he is looking for Danny. He bumps into Harold outside of he Rand building, and then hijacks a food truck to use as transportation/tinfoil ninja star target practice. He tracks Danny all the way to Colleen's dojo, and then to the Hand compound run by her sensei Bakuto. As it turns out, Davos came to retrieve Danny and bring him back to K'un-Lun. He also feels personally betrayed. Not only did Danny "steal" the Iron Fist power and abandon his post guarding the way into K'un-Lun, but he abandoned his best friend.

Davos is real fun, if you ask me. I wish he was in this series from the beginning. Having grown up in K'un-Lun, he's unfamiliar with the real world and brings both old-fashioned manners and comic disgust with things like garbage, greasy food, and doorbells to every scene. He leaves Danny at the end of the season, but he'll likely return to this universe before long.

In Marvel comics, Davos is known as the Steel Serpent. He is the Thunderer's son. He ultimately becomes a Marvel villain, which is sad considering his history with Danny on the Netflix series. Fingers crossed, he'll become more of an anti-hero on Iron Fist. Davos may be jealous, but he's a good person, and his story shouldn't end here.