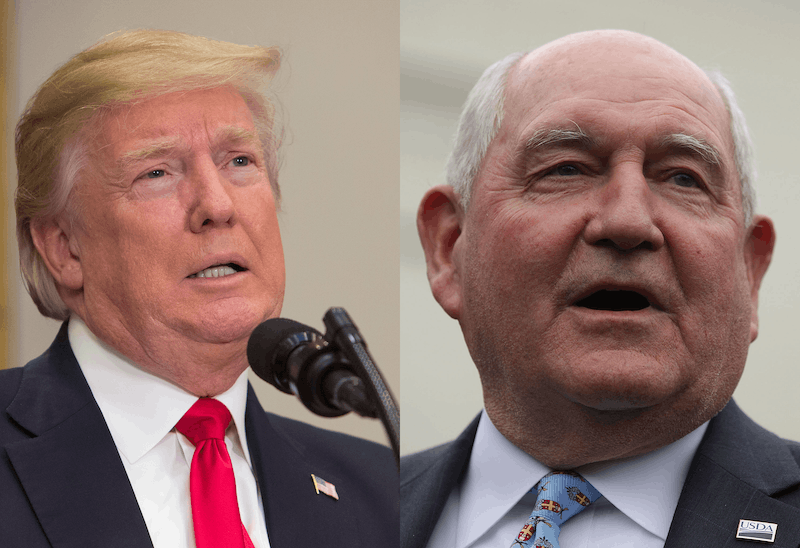 Elected officials and members of the media are gathering in Washington, D.C. for President Trump's first State of the Union address on Tuesday night. But per tradition, one high-ranking official will not be allowed at the event: Trump's designated survivor, Agriculture Secretary Sonny Purdue. Rather than attending the speech, Purdue will watch it from a secure, undisclosed location.

Every SOTU has a designated survivor, and the identity of that person changes every year. It's a byproduct of the presidential line of succession, the list of public officials who ascend to the presidency if a sitting president resigns, is impeached or dies.

The SOTU is typically attended by just about every top official in Washington, including the president's cabinet. But this poses a potential problem: In the extremely, extremely unlikely event that the SOTU were subject to some sort of mass casualty event — a natural disaster or terrorist attack, for instance — everybody in the presidential line of succession, plus the president, could potentially be killed at once.

If that happened, America would plunge into a Constitutional crisis. There would be no president and, just as importantly, nobody would be eligible to become president until the next election. Needless to say, America needs to have a president.

That's where the designated survivor comes in to play. During every State of the Union, the president selects one person in the line of succession to sit out the speech. That person — the designated survivor — isn't allowed to be physically present in Capitol Hill during the SOTU, and is instead placed in a secure location elsewhere. This way, if some sort of disaster or attack strikes during the speech, there will be at least one person still alive who can become president, thus staving off a Constitutional crisis.

In addition to being geographically separated from the speech, the designated survivor is also given a presidential-style security detail and a briefcase with the nuclear launch codes, according to NBC News.

The tradition of designating a survivor dates back to the Cold War, when the prospect of a catastrophic attack on U.S. soil was an everyday fear. It's not limited to the State of the Union, either — presidential inaugurations and presidential addresses to joint sessions of Congress also have designated survivors.

Perdue — also the former governor of Georgia — isn't the only Agriculture Secretary to serve as designated survivor. In 1997, President Clinton picked Dan Glickman, his Secretary of Agriculture, to be the designated survivor for that year's SOTU address. Glickman told NBC News that when the speech was over, he found himself stuck in a sleet storm.

“Only three hours before, I was potentially the most powerful person in the world,” Glickman said. “Three hours later, I couldn’t even get a cab.”

In an article for Politico, Glickman added that, despite the enormous responsibility placed on his shoulders for that three hours, he did not receive a comprehensive briefing on what protocol to follow in the event of a disaster striking the capital.

"I don’t recall getting any specific instructions on what to do if the doomsday scenario happened," Glickman wrote. "All I knew is that if necessary, I could turn to that military officer accompanying me, holding that 45-pound bag, and trigger a military response, including a nuclear strike."

The designated survivor is an insurance policy — one that America, thankfully, has never had to use. In reality, it's extraordinarily unlikely that the entire presidential line of succession would be wiped out in one fell swoop.

That hasn't made the public any less fascinated with the concept, however: Designated Survivor, a television series about a Housing and Urban Development Secretary who ascends to the presidency after a terrorist attack in Washington D.C., is currently in its second season.