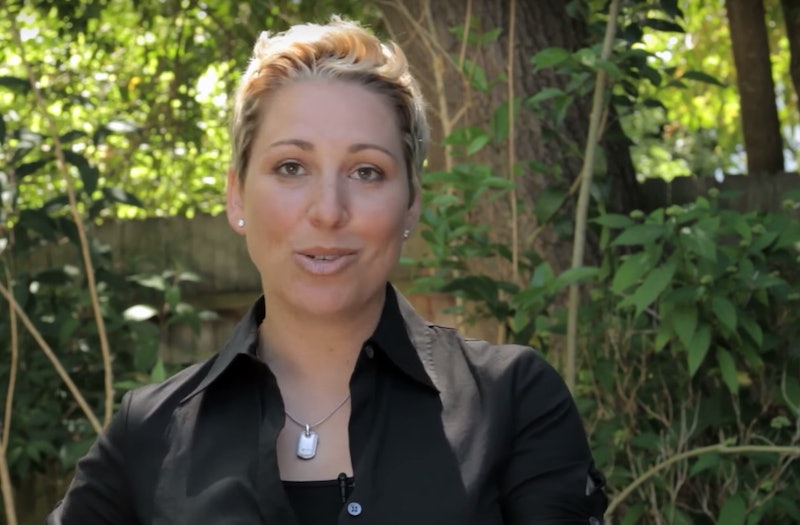 The singles on Season 8 are in good hands with Are You The One star Dr. Frankie Bashan. According to her MTV profile, Bashan is a "relationship coach and dating expert" as well as "a licensed clinical psychologist" with almost 20 years of experience. The show brought her on to work with this season's cast of all sexually fluid singles — something Bashan leapt at the chance to do.

"I think the biggest thing I think is the visibility of this sexually fluid cast. It’s unprecedented," Bashan told The Wrap. “So when they asked me to be a part of it, how could I say no to something this amazing? I think it’s going to be pretty beautiful to see."

According to E! News, part of Bashan's job on the show is to help the contestants get better at dating, deal with romance drama, and look at the negative patterns in their own relationships. She will also discuss with them "current dating trends, like ghosting, benching and stashing, and test just how willing they are to fall into the trends."

Bashan told People magazine, "We do exercises in communication or eye contact and they talk about what has come up in the house, what they’re struggling with, then I make suggestions about how they may be able to shift their behavior or think about things differently."

The show will also delve into some specific LGBTQ dating issues this season, according to what Bashan told The Wrap. "There are common issues that come up in the queer community that have come up within the cast … that are reflective of what happens in our society," Bashan said. "Those issues were playing themselves out amongst the cast members, which I think is so powerful for viewers sitting at home."

Bashan is there to help them work through any issues and find their perfect match. And she told The Wrap that she's not concerned about each and every one of them finding love. "These are smart, beautiful, curious individuals that want something more for themselves, and they’re eager to figure out how to make that work," she told the outlet. "I believe they will match and they will maintain, because of the compatibility piece they’ll be longevity. That’s my hope for them."

Bashan is uniquely suited to help the cast through this process because of her own credentials as a "Relationship Guru, Dating Expert & Matchmaker Extraordinaire," as she calls herself on Twitter. And if you're inspired by her work on the show, Bashan offers relationship coaching to couples or single people via her website. She's located in San Francisco, but can telecommute to your coaching sessions all over the world. She can also speak from a place of personal experience dealing with breakups, because she and her partner split but still co-parent their 13-year-old twins together.

Her MTV profile states that she also founded Little Gay Book — a matchmaking site for lesbians and bisexual people — and Little Black Book, which is a heterosexual matchmaking site. Basically, no matter your sexual orientation, Dr. Frankie is here to help. You can get a taste of what her medicine is like on Are You The One as she meets daily with contestants to help them finally figure out this wild world of dating.

More like this
All The Celebrity Relatives Revealed On 'Claim To Fame' So Far
By Brad Witter
Casey Didn’t Stay Single For Long After 'FBoy Island' Season 2
By Brad Witter
Is Nathan Fielder Dating Anyone? What 'The Rehearsal' Star Has Said About His Relationships
By Grace Wehniainen
Vick Hope Had A Very Relatable Reason For Turning Calvin Harris Down
By Sophie McEvoy
Get Even More From Bustle — Sign Up For The Newsletter