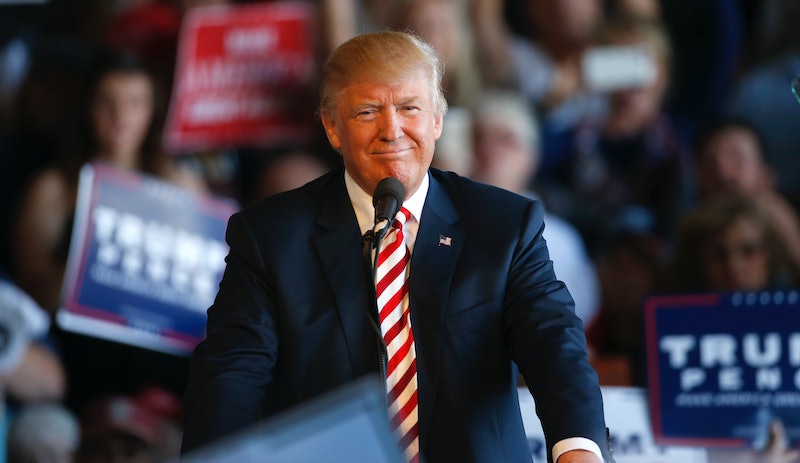 President Trump has had a hard time filling out his government, and that job just got a bit harder: In a Washington Post opinion piece published Monday, CIA agent Edward Price announced that he's quitting because of Trump. Price joined the CIA in 2006 and most recently worked as a spokesman for the National Security Council, yet Trump's actions over his first month in office caused Price to conclude that he "cannot in good faith serve this administration as an intelligence professional."

Price, who left the agency the week before, wrote that his decision "had nothing to do with politics," and noted that he's worked under Republican and Democratic presidents without issue before. It wasn't any specific Trump policy that convinced him to tender his resignation; rather, it was the administration's general attitude toward America's intelligence agencies.

So, what exactly did the Trump administration do to alienate Price? A lot, as it turns out.

Price first cited comments Trump made during the campaign. During the third presidential debate in October, Hillary Clinton brought up the fact that 17 different intelligence agencies had determined that Russia had orchestrated hacks on the Democratic National Committee. Trump quickly dismissed those findings, saying incorrectly that "she has no idea whether it is Russia, China, or anybody else." Price said he was disturbed not so much by Trump's opinions on the hacking, but rather his willingness to immediately dismiss the intelligence community's conclusions on the matter.

Trump's actions upon taking office haven't been any more encouraging, Price wrote. He criticized a speech Trump gave to the CIA during the first day of his presidency, writing that he "seemed to be addressing the cameras and reporters in the room, rather than the agency personnel in front of them." Price also took particular issue with the fact that Trump used the speech to boast about how big his inauguration crowd was.

"Whether delusional or deceitful, these were not the remarks many of my former colleagues and I wanted to hear from our new commander in chief," Price wrote. "I couldn’t help but reflect on the stark contrast between the bombast of the new president and the quiet dedication of a mentor — a courageous, dedicated professional — who is memorialized on that wall. I know others at CIA felt similarly."

What finally convinced Price to quit, he said, was Trump's decision to replace several intelligence chiefs on the National Security Council with Steve Bannon, a man who has no government experience. This showed Price that the administration has "little need for intelligence professionals," and even though Trump eventually backtracked and appointed the CIA director to the NSC, "the White House’s inclination was clear."

"What intelligence professionals want most is to know that the fruits of their labor — sometimes at the risk of life or limb — are accorded due deference in the policymaking process." In Price's eyes, Trump simply hasn't shown that his administration places sufficient value on America's intelligence agencies and officials.

This is only the most recent departure from Trump's young government. In addition to the high-profile resignation of former National Security Advisor Michael Flynn, a commissioner at the Federal Election Commission resigned Sunday, and an NSC aide was fired after criticizing Trump and his administration the prior day. The week before, ten members of the President's Advisory Commission on Asian Americans and Pacific Islanders resigned in protest, and six White House staffers were fired after failing to pass FBI background checks. The last thing Trump needs is another person leaving the government, but in Price, that's exactly what he's got.