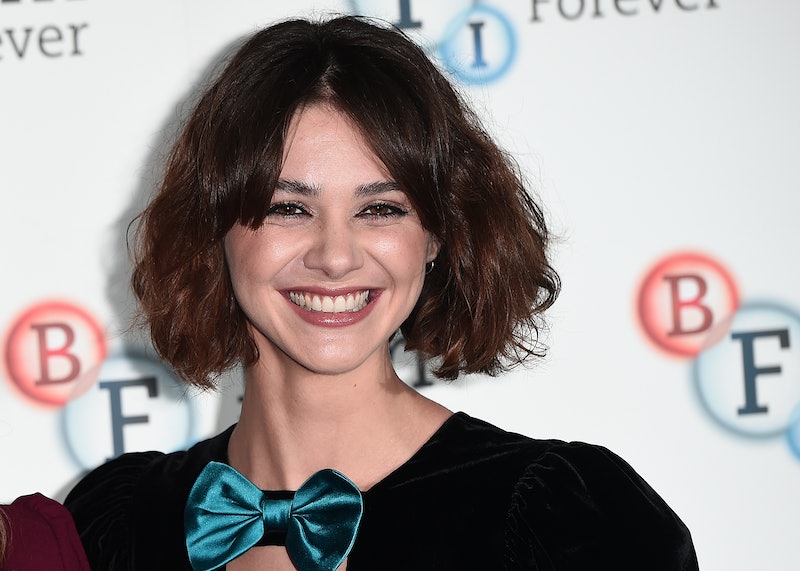 If you're running out of dramas to immerse yourself in this February, be prepared to get hooked on Channel 4's Traitors. Set in a post-World War II Britain, this spy thriller is set to be your next Sunday night staple. And while the incomparable Keeley Hawes is set to star, she isn't portraying the lead. This honour goes to a relatively new actor, who has ample experience in embodying the persona of a character. So who is Emma Appleton, and how did she land the role of a rogue spy?

While this may be her first major leading role, the 27-year-old actor is certainly no stranger to the camera. Appleton, who grew up in Oxford, began her career in modelling as a teen, after her parents suggested that she should take up the occupation as her main job. "I started off doing a few things when I was 16, but when I left school my parents suggested I try modelling full time so I applied to agencies," she told entertainment site Cultured Vultures. From there, Appleton signed with D1 models, and has since gone on to work with brands like Rimmel, Fred Perry, Toni & Guy, and Converse.

But how did Appleton end up with a lead role on a Channel 4 drama? Well, the worlds of modelling and acting often share a similar component — the art of pretending to be somebody else. Appleton has always been "happiest when performing or pretending to be someone else, somewhere else," as she recently explained to Balance. She totally caught the acting bug as a kid, leading her to completely immerse herself in drama lessons at school as to her, "it felt like the only subject [she] enjoyed and excelled in."

The actor considered expanding her love of performance into applying for drama school, but she "decided that it wasn't the route [she] wanted to take. While her career as a model gave her ample opportunity to act and portray otherworldly characters, "it never filled the performing and creative shaped hole."

That was until she was offered her first on-screen role as Pixie in the 2016 short film Dreamlands. From there Appleton starred in a handful of roles, appearing in Grantchester and The End of the F***ing World in 2017, as well as taking a supporting role in the BBC Three series Clique as Fay Brookstone. With ample experience under her belt, it's no surprise that the offer to portray Feef in Traitors came her way.

"The first thing I asked my agent was 'Are they sure?' Then I promised her I'd do a good job!" she said in a statement sent to Bustle UK. "For the first three weeks of filming I was waiting for the call of 'They're recasting.' Obviously it's an incredible opportunity so you embrace it and take it on and dive straight in." And she totally did. From taking deportment lessons which taught her "how people at the time in [Feef's] position would have held themselves and their posture," to totally immersing herself in the world showrunner Bash Doran created, it's safe to say that Appleton is totally living her best life.

I mean, who wouldn't be when the icon that is Keeley Hawes praises you as the one "who carries the show". Talk about goals.