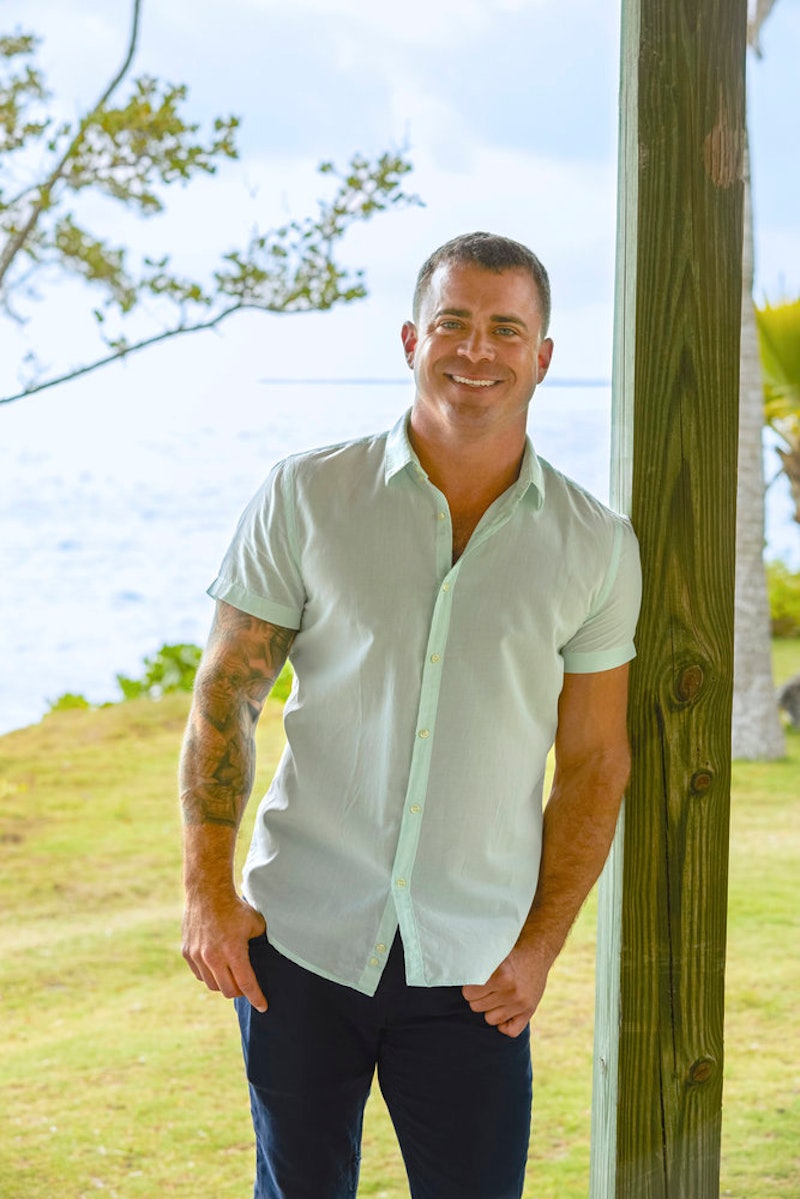 The Bahamas are a long way from Morgantown, West Virginia, which is the haul college town restaurant and bar owner Evan Tauber had to make to appear on Bravo's new reality show, Unanchored. He's just another guy who's been bit by the traveling bug, along with his best friends-turned shipmates. They say the ocean cures everything, but try living on a boat with limited water and electricity, but abundant drunk people, for three weeks. That's the life Evan Tauber lived while filming Unanchored. And although drama definitely ensued (why else would there be a TV show about it?), by the looks of it, he had the time of his life.

It looks like filming for the show began back in January, according to Tauber's Instagram. "Lucky enough to call the Bahamas, this view and this crazy boat my home for [three] weeks!" he wrote. Unanchored follows a crew of best friends on a "floating festival" known as BucketLust throughout the islands of the Bahamas. And if you haven't gathered, they spend most of their time partying, hard. So hard in fact that they decide to feed sharks and get bit, per Tauber's bloody Instagram photo of cast mate's Max Craddock's leg.

According to Tauber's official bio for the show, he's the oldest sailor on board, but that doesn't stop him from having fun. He's known as the listening ear when people need a shoulder to cry on, and for being one of the show's more responsible cast members, especially when the crew encounters issues at sea. His cast mate Danielle gave him the nickname "Sleeper Cell" for his timid initial demeanor that eventually explodes when the party starts — which usually comes in the form of breakdancing on the boat's bow in a Speedo, no less.

Being a restaurant and bar owner in a college town, it doesn't come as a real surprise that Tauber keeps his partying days alive well past his stint as an undergraduate. According to the West Virginia Press, he and his business partner both attended West Virginia University and decided to stay when they saw potential in the area for business. Now, he owns Fat Daddy's Bar & Grill, Tailpipes Burgers, and Clutch Wings. According to his Instagram, he just signed the lease for a new location for Clutch Wings, a blossoming wings delivery business that is nearing its five year anniversary.

According to his Instagram, his burger joint, Tailpipes, just celebrated its eighth anniversary, and is very popular among WVU students. In fact, Unanchored isn't his first brush with television thanks to the restaurant. Back in November 2016, according to Tauber's Facebook page, The Travel Channel visited Tailpipes to feature it in one of their shows.

"It will be a new special tentatively entitled "The Ultimate Road Trips" that will air in 2017," he wrote on Facebook. "Tailpipes will be featured as the great and special places to stop on a road trip from Pittsburgh to Chattanooga. To say that I'm proud of my entire staff, both current and past, would be a colossal understatement. And the overwhelming support from the Morgantown community has been amazing!"

Now, instead of flipping burgers, he'll be on TV drinking booze and hunting treasure. Or something like that. To see more, tune in on Mondays at 10 p.m. ET.