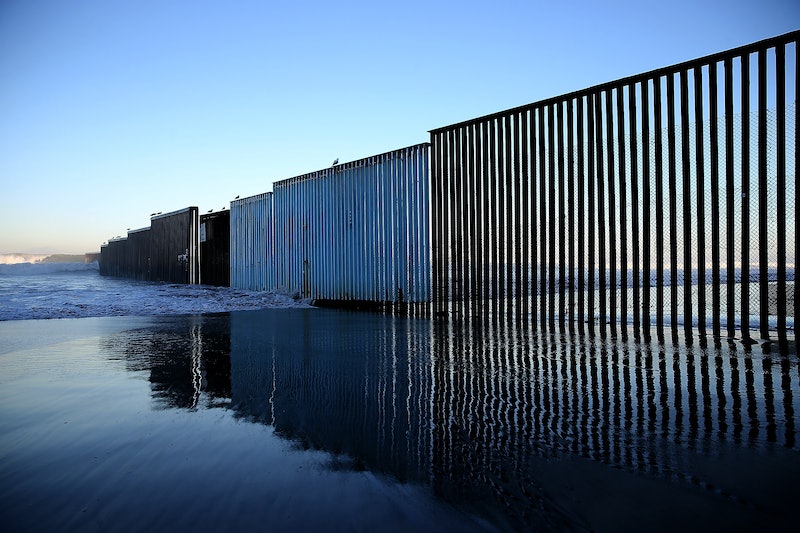 One of President Donald Trump's many executive orders involves making it a priority to deport undocumented immigrants who have been charged with or convicted of a "criminal offense." So far, one woman has been set for deportation based on Trump's executive order. But who is Guadalupe Garcia de Rayos?

Garcia de Rayos is the first undocumented immigrant from Arizona since Trump's inauguration to be arrested during a scheduled meeting with Immigrations and Customs Enforcement, the New York Times reported. The 36-year-old mother of two's arrest has drawn major protests, with Phoenix, Arizona police reportedly arresting seven people, according to a tweet.

Garcia de Rayos had originally been arrested during a 2008 workplace raid in Mesa, Arizona, according to the Los Angeles Times. She then was convicted of felony identity theft for using false documents to get her job. Since then, Garcia de Rayos has been attending regular meetings with ICE, the Lost Angeles Times reported. Only this visit, ICE began procedures to send Garcia de Rayos back to Mexico, which she left 22 years ago at the age of 14, according to the New York Times.

Former President Barack Obama's administration prioritized deporting people deemed a threat to public or national safety. So despite a judge issuing a deportation order against Garcia de Rayos' in 2013, she was able to remain in the country, 12 News reported.

"We all knew something could be different this time with the new administration," said Carlos Garcia of immigrant advocacy group Puente Arizona told the Los Angeles Times. "She went in with the lawyer and didn't come out. That was pretty much all there was." Now Garcia de Rayos is "being detained by U.S. Immigrations and Customs Enforcement based on a removal order issued by the Department of Justice's Executive Office for Immigration Review," according to a statement by a spokeswoman for ICE.

Trump’s executive order is worded so that even a person, even if they’re not convicted of a crime, could be deported if they are charged with one. Additionally, an undocumented immigrant who doesn’t have a criminal history could still be deported if an immigrations officer feels they are a danger to “public safety or national security,” CNN reported. Even more vague is the term “criminal offense,” which could even include misdemeanors.

“The only crime my mother committed was to go to work to give a better life for her children,” Garcia de Rayos' daughter, Jacqueline, told the New York Times. As Garcia de Rayos entered the ICE building, the Times reported that volunteers for Puente Arizona chanted "No estás sola," which is Spanish for "you are not alone." We'll have to wait and see whether Garcia de Rayos makes it back to her family, but in the meantime there are definitely many people who stand in solidarity with her.