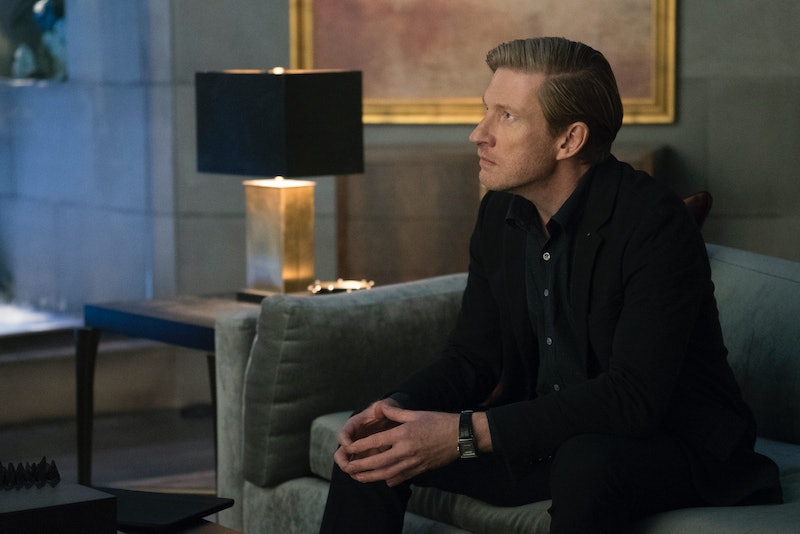 Every good Marvel franchise needs a villain that helps the hero discover who they are, and kickstarts the long journey of fighting for a better world. For Netflix's Iron Fist, that villain is Harold Meachum, a businessman who is not afraid to do whatever it takes to get what he wants. In Marvel Comics, Harold Meachum is responsible for the transformation of Danny Rand into Iron Fist. While other comic book characters are busy fighting aliens or mystical foes, the bad guys of Marvel's Netflix series tend to just be people who happen to have a great deal of power — be it physical, financial, or otherwise. From what we know of Harold in the comics, his thirst for said power changes Iron Fist's entire life in an instant.

In both the comics and Netflix series, where he is played by David Wenham, Harold is the business partner of Danny Rand's father, Wendell. Though Rand's father is extremely successful and was an Iron Fist himself, he and Harold don't stop searching for something greater than whatever power money can bring. And so they go looking for the mystical land of Wendell's youth, K'un-Lun, together, alongside young Danny himself. Then, when an accident leaves Wendell hanging off of a cliff, Harold goes full-Lion King and allows Danny's father to fall to his death, thus leaving him in a position to take over the company.

While early episodes of Iron Fist suggest the death of Danny's father was the result of a plane crash, the show is still interested in capturing Harold's villainy, though it will surely manifest in different ways. In the comics, his ascension to the top of the company happened while Danny was training in K'un-Lun, awaiting the day that he would be able to avenge his father. Upon returning to America, Danny found that he was unable to kill Harold, because he was not ready to become a murderer. Despite sparing the man who killed his father, someone else managed to kill Harold and frame Iron Fist.

While Harold Meachum isn't a recurring threat in Danny's life the same way that Batman and the Joker always seem to end up facing off, his actions had an immeasurable impact in forming who Danny Rand would eventually become. His death also serves as a catalyst for his daughter, Joy, and his son, Wade, to dedicate their time and resources to hunting down Iron First to get vengeance for Harold's death. So though Harold's own comic book history is short, the impact of his character still defines Iron First to this day.

Harold Meachum was never given a chance to be fully developed in the comic books, but Netflix's Iron Fist is taking more time to explore what drives Harold and adding to his story. While there are plenty of changes from the source material, Netflix has picked the perfect villain to introduce their final hero to the Defenders universe.