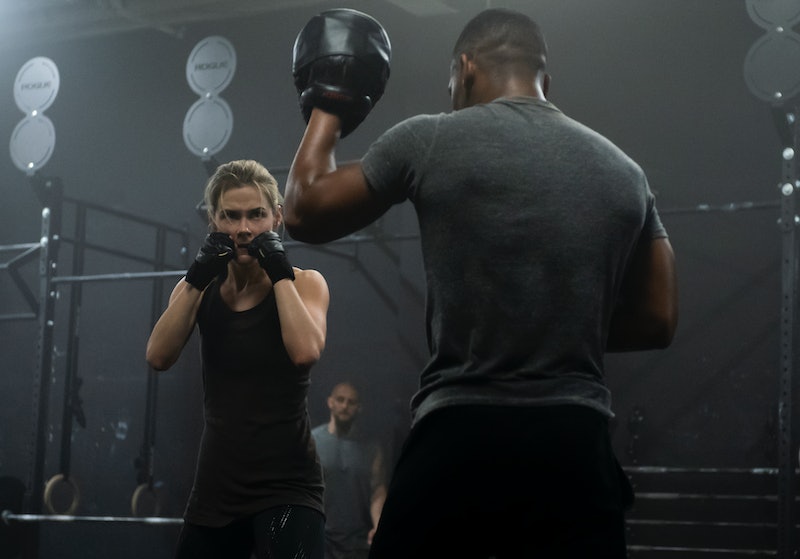 New York City’s super strong heroine is taking her last stand when Jessica Jones Season 3 hits Netflix on June 14. The end of last season left Jessica and Trish, who discovered that she has some heightened abilities, at odds after Trish killed Alisa. The power revelation was a big hint that this season will finally make Trish into a full-blown hero, which lines up with her comic history. Hellcat in the Marvel comics has a far different origin story than her TV counterpart but fans are still excited to see Patsy’s vigilante side show up in the Marvel Cinematic Universe.

Per Marvel, Patsy Walker AKA Hellcat was the only daughter of Dorothy Walker, a comic book writer who created a series about Patsy and her friends. Patsy was obsessed with the heroes that Dorothy and her co-workers wrote about later married her childhood friend Buzz. She learned the true identity of Beast and agreed to keep his secret if he would help her become a hero. She eventually split from Buzz, found a catsuit, and dubbed herself Hellcat as she worked alongside the Avengers to help solve cases.

The same post revealed that she later met Jessica Jones after applying to be a nanny to her daughter Danielle, whom she had with Luke Cage, and they later worked together to recover the rights of her mother’s comic book. Of course, this is nothing like her sister storyline on the TV show but it still makes sense for this pair to combine their abilities in a heroic capacity. Hellcat was a trained martial artist/gymnast with retractable claws and later developed psychic abilities.

It remains to be seen if Trish will actually don a full costume or use the alias Hellcat in the show's final season. Jessica Jones hasn’t worn a costume in the series (unless you could count her leather jacket and jeans) so it’s not likely that Trish is going to emerge with a yellow cat suit during the final episodes. And, the name Hellcat will probably be a moniker given to her by the press or general public as Jessica Jones' new sidekick (or perhaps her competitor).

The Season 3 behind-the-scenes featurette revealed that Trish's story will be a major part of this season and showed her donning all Black as she took down a few baddies. Actress Rachel Taylor said she felt lucky that Krysten Ritter gets a chance to direct how Trish's story plays out this season and what it means for the estranged sisters' future. They have almost always had opposing views on how to handle situations and now it's really going to get interesting as Trish steps into her own heroic arc. It's the end of a trilogy, so surely things will end on a good note for them, right?

Hellcat is coming for the Marvel Cinematic Universe and hopefully her introduction will somehow lead to this character showing up again in some capacity after Jessica Jones hangs up her leather jacket.