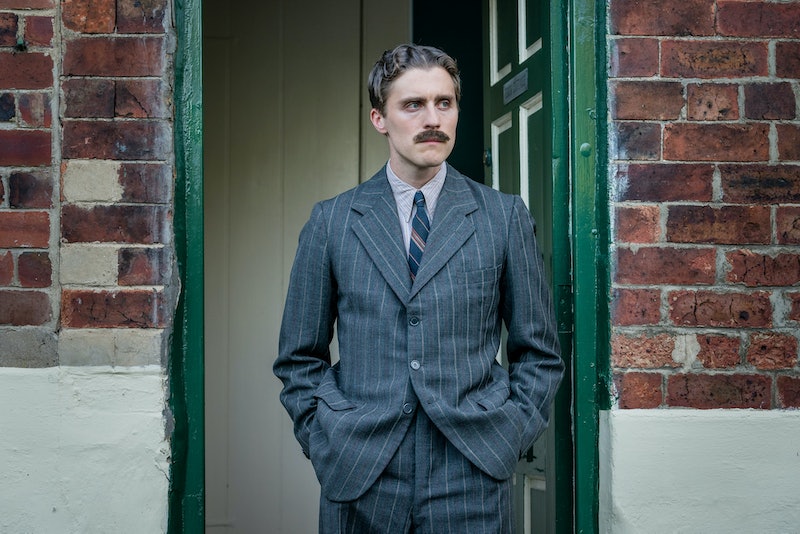 I feel like the best thing about the internet sometimes is when you see someone you vaguely recognise on a show and you can Google them. Gone are the days of hair pulling frustration of "oh for eff sake I know that effing guy". Christmas is a time filled with telly specials, and literally constant "OMG, who is that?!" and y'all The ABC Murders is absolutely no exception to that rule. So who is Jack Farthing from The ABC Murders?

I bet if you're into a bit of quality British programming you will be very familiar with his lovely little face. Way back when he starred in hit comedy show Pramface and it's actually been up and up since then. His career highlights include playing actual John Lennon in Cilla, and starring as Freddie Threepwood in Blandings alongside my personal comedy hero, Jennifer Saunders. And like real talk, this is absolutely not his first time in a Poirot production, nope he already did that back in 2013.

But y'all I am willing to hedge my bets that none of the above are where you recognise him from. Oh no. You've seen him in Poldark haven't you? Yes that's right, I said Poldark. Farthing plays George Warleggan, Poldark's arch nemesis.

Yeah you can keep your Hugh bloody Grant there's a new babe in town.

So who is he playing in the latest version of the very classic Poirot? Donald Fraser is a bit of a cad, to say the very least. He is a bit of a selfish and difficult person but kind of gets away with it because he is a charmer. He literally dumped the woman he was dating, Megan Barnard, and promptly got engaged to her sister Betty. And despite that obvious a-hole move, their mum loves the guy. I know right? Unbelievable. That must be some serious charm.

His poor ex Megan has super low self esteem and feels completely trapped by her family, especially her sister Betty who takes advantage of her weaknesses. Betty is a bit of a flirt which is obviously not a bad thing. However, what does make her a crappy person is how nasty and cruel she is to those around her. And she fully poached her sister's bae. That is like, no bueno. Not being funny but I know which one I am hoping gets serial-killed in this particular nugget. Serial killed? Oh wait, didn't you know the plot?

That's ok. I'll break it down for you. So The ABC Murders by Agatha Christie is adapted for screen this time around by Sarah Phelps. It is the story of a serial killer who is not only busy killing people but also absolutely loving ticking Poirot right off. Rude. Especially rude as old Poirot is very much towards the end of his life and a very solitary, lonely man. But weirdly, the killer is the only person who really knows Poirot, and dark secrets from the Belgian detective's past are coming out of the wood work. *Shivers*.

Speaking to the BBC about the show, Phelps was asked to describe the story in one word.

"Insidious. And that’s the voice in Hercule’s ear. Or actually, the word is outsider. They’re all outsiders, all of them. Sex, money, love, disease, grief; they’re all exiles from peace."

Oooh. I don't know about you, but Boxing Day can hurry the eff up already.

Watch The ABC Murders On Boxing Day at 9p.m. on BBC One.