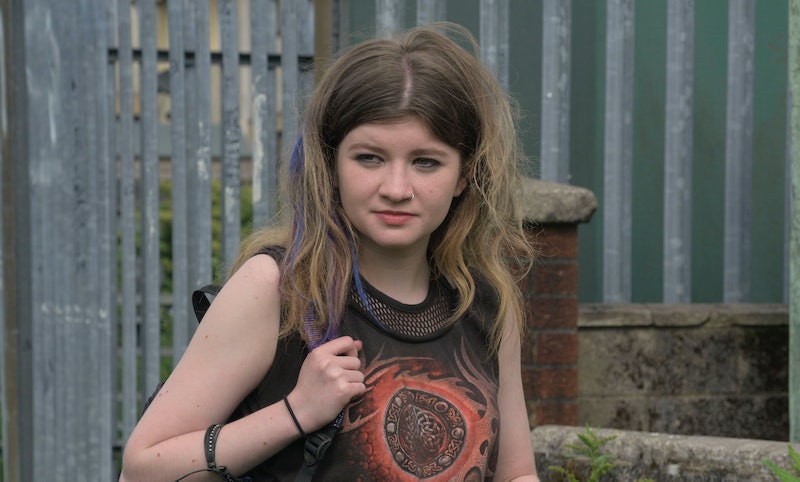 Channel 4's latest drama The Accident features a whole host of familiar faces, including the likes of Sarah Lancashire, Mark Lewis Jones, Sidse Babett Knudsen, and Eiry Thomas. With every new series comes the opportunity for new talent to spread their wings, and this is precisely the case for the actor playing Lancaster's on-screen daughter Leona. But who is Jade Croot, and what led her to this role?

The Accident marks the 20-year-old's first major role, but she's no stranger to performing. Raised in Merthyr Tydfil, Croot began acting at an early age and planned on studying at drama school once she'd finished her A-levels. But as the actor explained to theatre site The Stage, she was given the opportunity at 16 to perform at the Royal Shakespeare Company. "I have learned so much on the job and from being surrounded by people who have years of experience behind them," Croot said. "Drama school can be a fantastic learning experience for people who want to get into acting, but my journey was a little bit different."

At the RSC, Croot's first professional role was as Helen of Troy in Doctor Faustus in 2016. She then went on to perform as Tullia in the company's production of Imperium. As Wales Online notes, the actor has also appeared in Casualty and feature film The Machine, so Croot is no stranger to the screen.

Although her role in The Accident was no easy task. Leona is a survivor of the tragedy that unfolds, and Croot made sure that she researched as much as she could about what her character would be going through. "I watched a lot of Aberfan and I tried to make sure I was doing as much as I could to play the part as truthfully as I could," she told Wales Online.

Croot is referring to the 1966 Aberfan disaster, where "an avalanche of liquefied slurry from Merthyr Vale Colliery" engulfed a junior school and surrounding buildings, as iNews writes. 116 children and 28 adults lost their lives, and Croot's grandfather was one of the volunteers who helped in the recovery effort.

The show and it's setting hits close to home for Croot, as it's filmed around the places she grew up. "I feel quite passionately about this, because [Merthyr] is often perceived as somewhere where it's no good and it's completely the opposite actually. I'm always proud to say I'm from Merthyr and I always will be." She added:

"It's given me so much support and I always speak as highly as I can about it because it's something I feel really strongly in that it's given a bad name and the people there are wonderful."