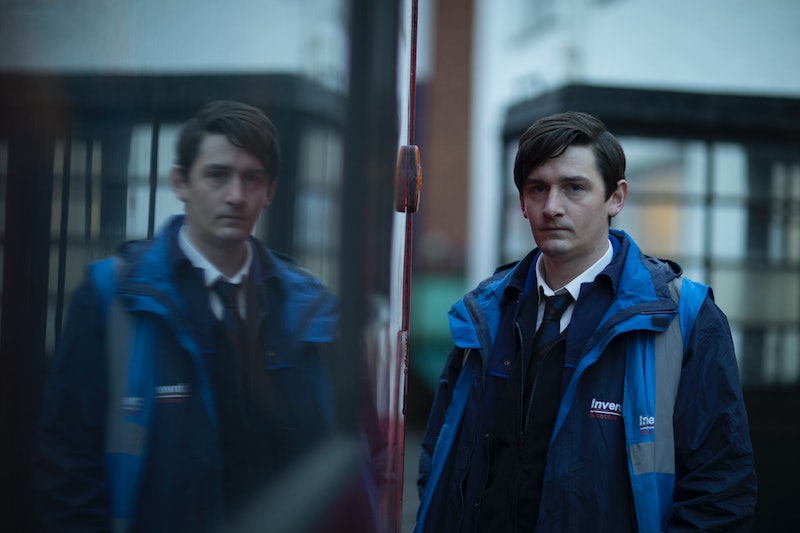 BBC's The Victim is set to fill the hole left behind in your TV schedule by The Cry, Shetland, and Silent Witness. Not only will this show fill up your evening TV viewing for the next week, but it will also provide some water-cooler conversations at work. Which is an absolute joy, especially when you see all the talent involved. Stars such as John Hannah will be recognisable to most, but who is up-and-comer James Harkness? The star of The Victim is about to be your new favourite actor.

Harkness is a Glasgow native, having been born in Gorbals, The Scottish Sun reports, and had a not-so-traditional beginning to his career. According to the newspaper, after becoming the victim of an horrific axe attack aged 18, Harkness decided to "turn his life around." Speaking to The Scottish Sun, he said of his attack:

"All of that was being in the wrong place at the wrong time but it’s also the best thing that ever happened to me. It was the making of me. I didn’t know it at the time but I acted my way out of the fight."

Harkness began his acting career at the Gorbals Youth Community Theatre, The Scottish Sun reports. And it was "during a performance at the National Theatre’s Connections Festival that he caught the eye of Nicholas Hytner, who encouraged him to train at [the London Academy of Music and Performing Arts (LAMDA}]," Screen Daily reports. Upon graduating from LAMDA, his big break came when he starred alongside Michael Fassbender in Macbeth in 2015.

Since then, Harkness has starred in shows such as Silent Witness and Tin Star as well as movies like Rogue One: A Star Wars Story and Darkest Hour. According to The Scottish Sun, Harkness now lives in London with his wife Tanya and their young son Clark.

The actor's role in The Victim, though, is seriously about to get you hooked. I guess what else would you expect from BBC drama, am I right?

The Victim is a thriller set to the backdrop of the Scottish legal system. The show follows a case shown through the perspective of two people: a woman whose son was brutally murdered and the man accused of murdering him. Anna Dean, played by Kelly Macdonald, is the grieving mother who lost her son 15 years ago. She is accused of revealing the murderer's identity — an act which is illegal, as the murderer was underage when he committed the crime. Harkness plays the alleged murderer, Craig Myers, who vehemently denies the allegations. Harkness spoke about the unique angle in the show, when interviewed by the BBC, saying:

"The story basically is about a hard-working family man accused of killing a child when he was a child. Again, you don't know if it was him or it wasn't, but it’s more focused on the fact of the smear campaign, and how hard it is for someone’s life to be completely turned upside down - and also for the accuser. She’s determined to find answers, she's looking everywhere she can, and trying everything she can to get them. It’s a story of determination I think."

When Dean is accused of trying to have Myers murdered, and ultimately causing irreparable damage to his reputation, the question is raised — who is the real victim in all of this?

Speaking to the BBC about the programme, Harkness made it clear that the characters are what will keep viewers gripped from start to finish:

"What I believe is, the audience will invest in those characters from the very beginning ... and will want to go on a journey with them, because they really care about their fates and care about how the things are going to unfold."

The show will be shown in four parts and, with the actors involved, it's sure to be some top quality TV.

More like this
Where Is Oscar Torres In 'Only Murders In The Building' Season 2?
By El Hunt
Yinka Bokinni Recalls Terrifying Truth At Heart Of 'How To Hire A Hitman'
By Frances Stewart
‘Stranger Things’ Spin-Off Will Not Be What You Expect
By Catharina Cheung
You'll Never Guess Which Hollywood A-Lister Big Mo Is Related To IRL
By Sam Ramsden
Get The Very Best Of Bustle/UK